As we greet the new decade with the greatest international health crisis in modern history, society is braced with the shift into an era of social isolation and greater need for psychiatric treatments. Meanwhile, vanguard movements towards alternative medicines and psychedelic therapy have already started gaining momentum in the healthcare industry and scientific community.

The new coronavirus (COVID-19) is not only causing a global pandemic, but it’s also catalyzing the mental health crisis that until now, slipped under the radar. Some economists predict this outbreak will cause the greatest economic recession since the Great Depression, and further exacerbate existing mental health conditions while also giving rise to new ones. COVID-19 is affecting the mental health and productivity of America’s workforce all over the country.

END_OF_DOCUMENT_TOKEN_TO_BE_REPLACED 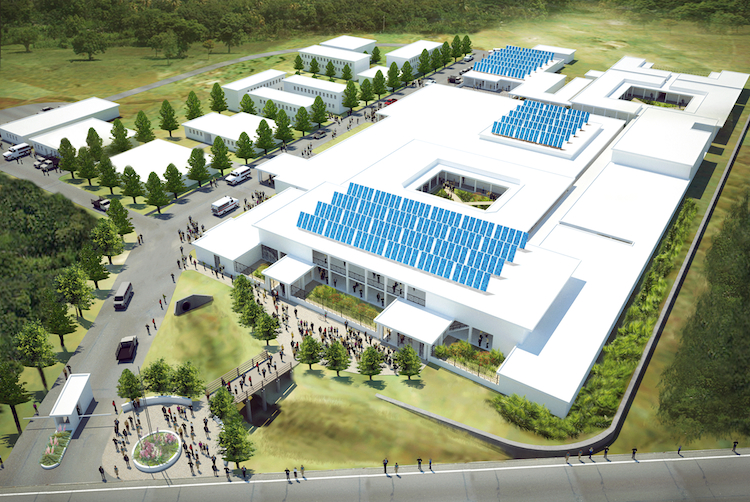 Following the 7.0 magnitude earthquake that struck Port-au-Prince in Haiti and displaced over 1 million people from their homes, the people of Haiti were forced to move to poor off-grid rural areas around the city. However, the largest concerns for these rural areas are electricity and healthcare. There is only electricity available for about 20 percent of the country, and even for those who might have it, the power is often intermittent. Most of Haiti’s electricity generation is unsustainable, and based on imported diesel fuel from Venezuela. Most Haitians have to rely on charcoal and wood for fuel and energy, since they have no direct access to electricity. More importantly, this shortage of electricity creates an enormous challenge for attempting to run any hospital in the nation, as it jeopardizes surgeries, neonatal ventilators, basic cardiac EKG machines, and many other essential tasks and machines within the hospital. As famous Harvard School of Medicine Professor Paul Farmer noted, “it’s not great if you are a surgeon and you have to think about getting the generator going.”

Haiti however, with help from the nonprofit organization Partners in Health, was able to create the first ever fully sustainable teaching hospital anywhere in Haiti. Opened in 2013 in the city of Mirebalais, this hospital is the world’s largest solar hospital ever built, and the first of its kind in terms of sustainability. In just the seven months since opening, the hospital’s rooftop solar panels have generated enough electricity to charge close to 20,000 electric cars, attend to over 60,000 patients and operate six surgical rooms at full capacity. The hospital produces more than 100 percent of the electricity needed to operate during peak daylight hours. Using the solar panels slashed energy costs by close to $400,000 per year, which equates to an enormous amount of money in Haiti.

The sustainable innovation and creativity is evident in many parts of the hospital, and is consistent throughout its design. Most of the lighting is provided naturally through windows all around the hospital, minimizing the amount of artificial lighting necessary. In addition, there are many overhangs that create spots for shade, and healing gardens and courtyards as well. There is also an innovative plumbing system, which allows for efficient wastewater treatment. The natural ventilation allows UV light to enter many areas of the hospital, which kills many airborne pathogens such as tuberculosis (TB) and other infectious diseases that are often present in hospitals.

The hospital itself sees close to 500 patients a day, providing treatment ranging from primary health care services to more advanced treatment, often for patients without healthcare insurance or any other form of payment. Primarily however, Hôpital Universitaire de Mirebalais provides primary healthcare services for the county of Mirebalais and the 200,000 people who live in its surrounding community. Since close to 80 percent of Haiti’s medical infrastructure was destroyed during the 2012 earthquake, the hospital is essential for providing care for a large group of people, even some residents of Port-au-Prince, which is only 30 miles away from Mirebalais. Many of the hospitals primary care services include community health care services, care for HIV/AIDS, TB treatment, neonatal care and prenatal care. With its commitment to sustainability and the community, the hospital additionally serves as a school of medicine, employing over 1,000 residents of the local Haitian community.

As the first hospital of its kind to be seen in a Third World country, Hôpital Universitaire de Mirebalais sets a new standard for healthcare and development in developing countries. The lessons learned from the hospital will be invaluable for Partners in Health, its partners and anyone else who wishes to undertake such ambitious and sustainable projects in relation to healthcare.

Image by Partners In Health

The Affordable Care Act, otherwise known as Obamacare, will face multiple challenges during its implementation over the next few years. The act is attempting to increase affordability and quality of health insurance, expand public health coverage and mandate similar coverage rates for those with preexisting conditions, in what is often portrayed as a collective effort to socialize healthcare. Even though the United States is far from a fully subsidized healthcare system, there is much to learn going forward if this goal is to be met. Denmark, where the social healthcare system has overcome adversities and flourished, is a rather interesting place to look to as an example. In Prospect’s exclusive interview with a Danish international exchange student, Peter Hjorth Vindum revealed his views on the benefits and issues the Danish healthcare system has faced.

Peter began by describing an overview of the Danish healthcare system. Fully subsidized by the government, there is truly only one hospital system that operates over the entire country. These hospitals treat all Danish citizens completely free of charge, regardless of their age, preexisting medical conditions or employment. Because of this centralization of healthcare, the overall system runs more efficiently; for example, the centralized infrastructure allows faster patient data transfer. While this seems to work extremely well in Denmark, it is important to note that Obamacare takes a different approach by focusing on increasing competition between providers, as this is expected to cause the overall quality of healthcare to rise. Even though allowing citizens to compare and select the best insurance providers is currently a valid strategy for accomplishing the goals of the ACA, in the future it may also be in America’s best interest to centralize the system for total efficiency, as Denmark has done.

Peter then described some of the issues that have plagued the healthcare system in Denmark for the past couple of years, and what the government has done to combat these problems. Peter argued that the worst part of having a centralized healthcare system is that treatment is often inaccessible in rural parts of Denmark, as all hospitals and most outpatient clinics are located in cities or suburban areas. People often have to drive up to 50 miles for a weekly checkup, or even further for access to surgical treatments. To counteract this problem, the Danish government has been focusing on developing more outpatient clinics and on increasing the number of emergency care centers in rural areas. While not all treatment types are available for patients at these outpatient clinics, patients don’t have to encounter long ambulance lines and waits at the emergency rooms.

One of the unsolved issues that still remains for Danish citizens’ concerns the quality of care at these mega-hospitals. One major issue is overcrowding at hospitals, creating long waits for procedures in cases that are not immediately life threatening. Hospitals are usually fully booked, with patients sharing rooms and being rushed out as soon as possible. Additionally, there are long waiting lines for surgeries, often more than a month, and patients are forced to cope with their problems while they wait. However, Peter claims that this trend is increasingly accepted as the norm, as people understand that it is impossible to have excellent, individualized care for every single citizen. No matter the socio-economic status of the patients, the facility and doctors that treat them are the same. This equality is what drives the system effectively and allows it to work with minimal issues.

If America looks to move forward in improving the overall quality of life for all of its citizens, healthcare must be of the utmost political importance. In Denmark, Peter says, the healthcare system is considered to be sacred. Just as in the United States, fiscal issues and deficit spending plague Denmark continuously. However, the Danish citizens and their government refuse to even touch the healthcare portion of the budget, which in turn leads to better treatment and care throughout the country. Obamacare is projected to decrease the national deficit by cutting down on overhead spending in various areas of healthcare, if the ACA is enacted as written. Now that we have instituted the ACA, we will only have to wait and see if this actually will lead to better quality healthcare with less debt, which at best could even outdo the Danish healthcare system’s successes. 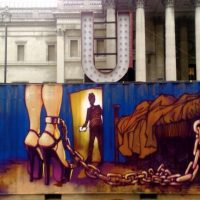 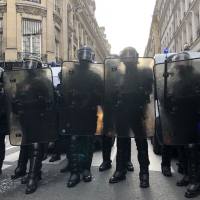