There is an industry that we tend to forget about during the COVID-19 pandemic, despite finding itself in every country on earth: the sex industry.

Sex work provides income for over 42 million people worldwide. However, due to the COVID-19 pandemic, this “close-contact” profession is now banned, rendering many distraught, unemployed, and at high risk of contraction of the virus. Sex work takes many forms, but prostitution —  being paid for sex —  seems to be the most relevant when dealing with government laws and legislation.  Since prostitution is legally regarded differently by each nation, sex workers are facing the repercussions of the pandemic in vastly different ways. But despite the inconsistencies in the way sex work functions across the globe, it is certain that the coronavirus is drastically changing the sex industry landscape.

Unfortunately, it is to be noted that a vast number of those involved in prostitution are not doing so on their own volition, as sex-trafficking has become extremely common, especially among children as forced sexual labor is not considered sex work.

Thailand boasts one of the highest percentages of sex workers in the world. In fact, the country renowned for its savory Pad Thai and magnificent Buddhist temples has also become a magnet for Western tourists looking to enjoy cheap prostitution. Due to prostitution being technically illegal in Thailand, the lack of regulation — which would allow for employed status, workers benefits, and mandatory sexual protection and testing — poses a daunting challenge.

However, there are also plenty of Thai women who choose to be sex workers for a number of reasons, with money being the leading incentive. Hundreds of thousands of women rely on sex work as their main source of income. The coronavirus has undermined this, rendering many of these women unable to even pay their rent. An estimated 300,000 workers are out of a job. This is driving many women to continue working in secret, despite the social distancing order mandated by the country. Due to the nature of sex work, the risk for contraction of the virus has skyrocketed among these women as well as their clients. Nonetheless, this is a risk many are willing to take, due to their desperate financial situations. With the economy in shambles, too many are being displaced from their jobs and need to find a way to put food on their plate. Workers across the globe, in places like Hong Kong, India, and Indonesia, find themselves in similar situations, with some women even having to take out loans to buy food. Perhaps if countries fully regulated and supported prostitution, women would not be forced to choose between staying safe from the coronavirus and earning a living. As Alice, a Thai sex worker put it: “We’re more afraid of having nothing to eat than the virus.”

On the other hand, the Netherlands is known for its progressive relationship with sex work; the legalization of prostitution in 2000 has paved the way for other countries to follow. Not only does legalization regulate and tax the industry, increase public health, and significantly reduce exploitation, but it also changes the conversation surrounding sex work for the better. The benefits and protections that sex workers in the Netherlands receive under a regulated profession suggest that they shouldn’t be completely devastated by the coronavirus. In some aspects, this is true. Since banning the “close contact” profession, the government has provided funding for currently unemployed sex workers, and many are eligible for compensation. However, not everyone is able to claim these monetary benefits. Many are continuing to work under the radar with clients coming into their homes. Hundreds of flashy online advertisements reveal this — one even reading, “Because of the coronavirus, I only work with a mask. But that’s all I have on.” In the end, even sex workers in the most sex work-positive countries still face a dichotomous struggle between health and money.

However, COVID-19 does not mean that this is the start to a decline of the industry. It is important to note that there are various forms that sex work takes: prostitution, stripping/dancing, escort services, pornography, and online services such as “cam girls.” Since in-person services such as prostitution are receiving the brunt of the blow, online sex work looks like a promising alternative. Many are hoping to move their services online, however, this transition may not be as seamless as it appears. For one, going online does not bring in enough money to sustain a living, especially in comparison to in-person services. Second, the online arena is substantially established, making it hard to break through if you do not already have a profile. And with the thousands of free streaming sites for pornography, cam girls are barely making the cut. Not to mention, millions of workers are struggling to make ends meet, and cannot even afford access to the internet. Sex work, like much of the world now being transferred to Zoom, simply is not the same online.
Around the world, sex workers and activists are forming alliances in order to support one another during this tough time. Government compensation is struggling to sustain everyone, especially those who often are excluded from unemployment benefits: undocumented, trans, and disabled workers just to name a few. This is where advocacy groups like the Sex Workers Outreach Project are exceptionally useful in providing structure and clarity for those who need it. Through fundraising and even launching a program that provides money to sex workers in need, many women are receiving much needed monetary support. One group even created a guide for coping with the losses associated with COVID-19. These collectives are one example of pockets of good that can be found during what seems like an endless nightmare. Moving forward, countries should further consider how to properly approach sex work; whether they be unregulated countries like Thailand now regulating the profession, or regulated countries like the Netherlands supporting workers through the transition to online. Despite its undetermined future, this pandemic has forced us to come to terms with harsh realities — the underestimated importance of prostitution to our economies and societies being one of them. 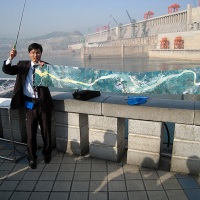