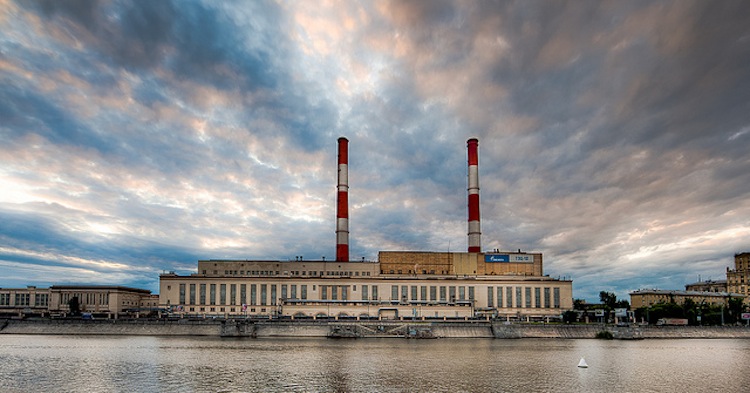 On the heels of a $400 billion 30-year contract for natural gas trade signed this past May, Russia and China have extended their commitment to energy trade following the 2014 Asian Pacific Economic Cooperation (APEC) summit in Beijing. Some critics argue that the China-Russian relationship is constrained by a number of external factors (like the United States-China climate deal also announced at APEC) and others suggest that the vast nature of this economic commitment will materialize in increased political cooperation, possibly leading up to an energy strategic alliance.

In Beijing, Russian President Vladimir Putin and Chinese President Xi Jinping signed a non-binding gas-supply memorandum. This deal would see Gazprom supply China’s state oil company CNPC with 30 billion cubic meters of gas per year, on top of the 38 billion cubic meters Russia agreed to sell China in May. However, unlike the previous contact which routes from eastern Siberia, the gas would be routed from the western Siberia pipeline, a source that is currently connected to Europe, suggesting that Russia is deliberately shifting its market away from the EU. It also reveals Russia’s desire to outcompete other actors, particularly the United States, in exporting liquefied natural gas to China.

This gas deal is expected to be worth well over $100 billion if negotiations between Russian and Chinese diplomats are successful. If and when both the APEC agreement and the May Gazprom contract are in motion, China would replace Germany as Russia’s biggest gas market, which would significantly alter the landscape of global energy trade, arguably giving China and Russia the most advantageous energy trade relationship in the world.

According to the APEC agreement, Russia could begin gas deliveries to China in as early as four years from now. The May contract between Russian gas giant Gazprom and the state-owned China National Petroleum Corporation indicate that deliveries are set to begin in 2018. Russia is in a particularly urgent situation this year under the restrictions of U.S. and EU sanctions and has demonstrated its intent to boost strategic ties with China as an energy supplier and geostrategic neighbor. This latest energy deal is one of many acts of China-Russian coordination in recent years, including joint aircraft projects, trade of defense technology and cooperation within regional frameworks like the Conference on Interaction and Confidence Building Measures in China (CICA) and BRICs.

The unprecedented scale of both agreements, particularly in the context of sanctions on Russia, suggests that Russia’s break with the EU has made it increasingly dependent on China as an energy importer and, by extension, on the Asia Pacific as a regional trade network. In 2013, bilateral trade reached a record high level of $88.8 billion and has continued to grow during the first quarter of 2014.

With energy trade at the forefront of trade between the two countries, Moscow and Beijing intend to reach $100 billion worth of bilateral trade by 2015. China, as one of Russia’s largest trade partners, is “probably the only country in the world” that has the financial ability and the market capacity to consume Russia’s huge energy exports for the long term, according to Lin Boqiang at the China Center for Energy Economics Research at Xiamen University.

China is set to undergo major structural changes in the near future to sustain its growing consumer economy. The country’s rising middle class and rapid economic growth have in turn increased its energy demand, placing enormous pressure on its energy supply. While coal continues to be the dominant source within its energy mix, China intends to diversify and move away from dependence on coal in order to meet its commitment toward carbon emission cuts and the needs of new manufacturing technologies. Natural gas will account for more than 10 percent of China’s energy consumption by 2020, compared with 6 percent currently, according to China’s National Development and Reform Commission.

China’s need for reliable energy sources obliges the country to diversify its global oil and gas markets. As the world’s number one consumer of energy and the second largest purchaser of oil after the United States, China’s oil imports in 2030 could increase up to 1.6 times from the 2011 level. These new developments have renewed the debate surrounding China and Russia’s international relations and whether or not increased economic cooperation in blockbuster energy agreements will trickle into their political alignment.

The skeptics: Little economic impact in the short run

While the energy contracts have the capacity to strengthen ties between China and Russia, they also reinforce the asymmetrical nature of China Russian relations: trade between the two support China’s fast-powered growth but aim to merely sustain Russia’s position as a supplier of raw material to Beijing. Russia’s disadvantage in these agreements may prevent Sino-Russian political commitments from materializing. China’s evident cooperation with the United States suggest that widespread media attention on Sino-Russian cooperation only serves to add fuel to “the narrative of an emerging strategic relationship…as a game changer.”

Another cautionary aspect of the APEC gas deal is that it is non-binding and is likely just another one of many preliminary negotiations before China and Russia settle on the more concrete factors, like the price of the exchange. Like the decade-long proceedings that led up to the Gazprom contract in May, the new deal may be merely suggestive of a continued intent to pursue the contours of a deal.

Economically, it is uncertain whether or not the deal will make a sizeable impact. The two Russian gas deals together, if realized, would meet just 1.7 percent of China’s overall energy demand mainly because natural gas currently only comprises just 6 percent of the its energy mix. China’s goal to grow its proportion of natural gas to 10 percent of its energy mix is projected to take a decade, and even then, the gas deals with Russia still make only a minor contribution to its supply. Furthermore, since the price of gas in Asia is higher than in Europe, Russia would have to accept economic losses by heading east instead of west.

Given China’s commitment to restructure its energy mix and its intent to increase its usage of natural gas, the two gas deals together could meet nearly 18 percent of China’s natural gas needs by 2020, effectively making Russia the main supplier of the world’s largest exporter.

In addition to diversifying its energy resources, China has also actively sought a diversity of arrival routes for energy, and Russia’s position as a geographic neighbor decreases the costs of transit. Russia faces the possibility that Europe will curb its gas demands and, by proving that it is willing to move its supply to the East, increases its political leverage in Europe by creating a viable threat.

On the political end of the relationship, Putin’s willingness to absorb the economic costs of supplying oil to the East suggests that the geostrategic gains of energy trade outweigh the loss of shifting Russian resources to Chinese markets. China and Russia have often cooperated on the international stage, with a mutual interest to insulate U.S. influence in the region. Both countries have expressed shared geopolitical concerns and a commitment to strengthening regional trade and security. They also wield veto power on the United Nations Security Council and often vote together, sometimes to oppose Western powers.

In a world where developed countries are characterized by growing consumerism, energy wealth has become more essential than ever before. China and Russia’s energy trade will be a slow and gradual process, but the energy agreements of this past year have revived the debate over energy politics. It is uncertain whether or not China and Russia’s energy trade will have significant political bearings, but its potential impact on the global energy trade network compels all other actors to reinforce their strategies in an era of emerging energy competition. 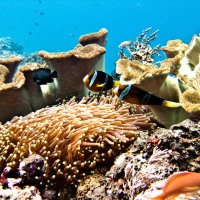