Turkey shares a 560 km border with Iran that has not changed for 400 years. The two states share growing economic interests with each other, but different ideological and political backgrounds. Iran is a theocratic republic that was established after a revolution in 1979 that brought Shi’ite religious clergy to power. On the other hand, Turkey is a secular state that looked towards the West since its creation until the election of the Justice and Development Party in November 2002. Although Turkey and Iran have strong economic relations, they have different views on solving crises in places such as Yemen, Iraq and Syria. Despite stark political differences, both countries are pragmatic and are strengthening their economic relations.

The Houthis are considered an Iranian proxy group by Saudi Arabia as well as by its allies in the region. Saudi Arabia formed an alliance after the Houthis took over the capital of Yemen and were very close to taking over Aden, which became the new capital until the retake of Sana’a. In response to this, Turkish President Recep Tayyip Erdogan offered unpredictable support for the air campaign on the Houthis, condemning Iran for supporting terrorist organizations in the region. However, Iran responded by inviting Turkey’s charge d’affaires to express Iran’s objections to the Turkish president’s comments. The foreign ministry spokeswoman said that Iran demands an explanation from Turkey for these comments. Although Turkey supported the Arab alliance against the Houthis, Ankara is not ready to risk its delicate relationship with Tehran in the short run for regional competition that could complicate its internal politics and economy. Turkey has strong economic ties with Iran in sectors such as oil and gas, which gives Tehran leverage over Ankara because Ankara needs the Iranian supply of fossil fuels to continue its strong economic growth it has experienced over the last few years.

Moreover, Iran’s leverage over Turkey in oil and gas supplies affects Turkey’s economic growth and restrains its political maneuvers in the region. Turkey’s president visited Iran on April 7 and prioritized economics over politics. According to the Turkish foreign ministry, “Crude and natural gas dominate Iranian exports to Turkey with 90%.” It also notes that both governments have vowed to double the trade volume that has already reached more than $15 billion. Iran is the second largest gas and oil importer to Turkey after Russia. If Turkey aims to become an energy transportation hub, it will be forced to seek better relations with Iran and Russia. That means Europe may benefit from getting Iranian oil through Turkey, in turn causing it to decrease its dependence on Russian oil by diversifying its oil imports. This option will not be realized until relations are normalized between the West and Iran, which is contingent on signing a deal by June 2015. Iran is also dependent on Turkey since it was hit by sanctions and needs the flow of Turkish money to bolster its economy. Although both countries are interdependent in their relationship, Turkey has the lower hand since it relies on Iranian supplies of oil and gas to meet its domestic demand. The Iranian leverage can will be seen if Turkey is hit by electricity shortages in summer, which could cause domestic unrest. Also, the Syrian refugee crisis, in which Turkey hosts two million out of three million refugees, shows Turkey’s need to engage with Iran to solve the Syrian civil war.

Turkey has disagreed with the U.S. in its approach to the Iranian nuclear program. The U.S. was heavy handed in its dealings with Iran, an approach stemmed from Israeli lobbying efforts on Congress and the administration to stop Iran from developing a nuclear program. Due to this heavy handedness, Iran distrusted the U.S. and a new impartial mediator was needed to facilitate communication between world powers and Iran. As a result, Turkey engaged with Iran and convinced Iran to accept negotiations offered by the international community in 2002. The bargaining continued until 2006 after the U.S. imposed harsher sanctions on Iran. Iran conceded to Western demands after the U.S. sanctions, and the U.S. joined the negotiations in 2008. Turkey believes that a nuclear Iran would irreversibly create a nuclear arms race in the Middle East. That would pressure Turkey to acquire nuclear capabilities and pose more concerns to the stability of the region. Moreover, Turkey signaled a turn towards the East in 2009 after a statement by then Prime Minister Erdogan in his visit to Tehran, that Turkey has turned its face to the East. The statement comes after relentless efforts by Turkey to join the European Union (EU), but having its effort are blocked by European resistance. As a result, Turkey needs to offset what it would lose from disengaging from the EU politically by forging better relations with Iran.

Despite historical rivalries between Turkey and Iran, present-day Turkey does not perceive Iran as an existential threat as Saudi Arabia does. While it views the Iranian support to Assad’s regime as destabilizing to the region, it has still cooperated with Iran to keep the Kurds at bay. Iran has a history of supporting Kurdish forces in Iraq and Syria, which affects Turkey’s Kurdish population and fuels separatist sentiments. In the 1980s and 1990s Iran sponsored Kurdistan Workers’ Party, which is designated a terrorist organization in Turkey. Since the Justice and Development Party’s election in Turkey, Iran cooperated with Turkey and it stopped meddling in Turkey’s Kurdish population, allowing Turkey to start a peace process with Kurdistan Worker’s Party. The Kurdish separatist movements gave leverage to Iran since it allowed Iran to meddle in Turkey’s internal affairs and support Kurdish adversaries against the Turkish state.

In conclusion, Turkey is not pivoting away from Iran to the Sunni alliance because it needs Iran for help in the Syrian civil war that is on its borders. Moreover, Iran supports Turkish adversaries inside and around Turkey, as well as the Assad regime against Turkish backed Syrian rebels, creating a refugee crisis on the Turkish border. It could potentially destabilize Kurdish areas by supporting the Kurdish Worker’s Party. Turkey is going to manage its relationship with Iran delicately until it retains leverage in its economic ties with Iran, and prevent Iran from influencing the Kurds in case the peace talks fail. 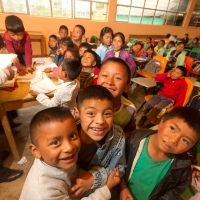