South East Asia makes up the Coral Triangle Region which spans across six different countries. This region is vital to global marine life because “it is a global hotspot of marine biodiversity, and contains more than 76% of the world’s shallow-water reef-building coral species, [and] 37% of the world’s reef fishes.” Bali is one of the contributing regions of the coral triangle region and currently, 85% of its reefs are threatened by human actions. This is what motivated the United Nations to create the initiative, “life below water,” as goal 14 in their Sustainable Development Goals. This initiative strives to create sustainable methods of human and ocean interaction, which is directly at odds with current practices that result in the destruction and bleaching of coral reefs in South East Asia.

END_OF_DOCUMENT_TOKEN_TO_BE_REPLACED

The 2019 Midterm Elections in the Philippines proved to be a victory for President Rodrigo Duterte and his ruling coalition, PDP-Laban. Supporters of the President claimed victory over nine of the 12 Senate seats that were up for grabs, signaling the beginning of a newly emboldened presidency. The first half of the President’s term had been marked by opposition from a small group of Senators, who had successfully blocked certain portions of the President’s agenda. The midterm winners who will be replacing some of these opposition Senators are controversial figures. They include national police chief and proponent of Duterte’s drug war Ronald dela Rosa and Imee Marcos, daughter of the late Filipino dictator Ferdinand Marcos who embezzled billions of dollars during his rule. Critics of Duterte have condemned the President for supporting candidates with personal or family ties to corruption and for prioritizing personal loyalty over candidate qualifications.

END_OF_DOCUMENT_TOKEN_TO_BE_REPLACED 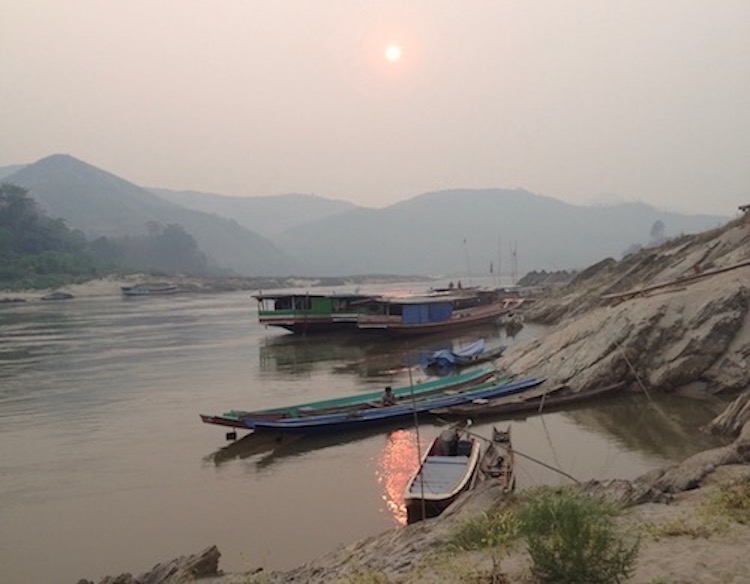 by Mekalyn Rose
Editor in Chief

A few years ago, I found myself in the middle of the Mekong River headed for the remote village of Ban Pak Nguey in Northern Laos. For seven hours, I meandered on a long wooden boat decked with chairs from old minivans, slipping deeper into a rugged landscape softened by silky waters and the envelopment of a milky red smog—the byproduct of slashing and burning the fields that time of year. Meanwhile, fishermen in long canoes with hand-held motors propelled effortlessly past our slow-moving mass.