Unfortunately, it is not uncommon to hear about the use of child soldiers in conflicts abroad. This immediately conjures up images of children holding AK-47s, with the firearms often being bigger than the shooters. Rightfully so, international governing bodies and Western democracies are quick to denounce the use of child soldiers. However, there is a similar problem occurring closer to home. Though we may not generally associate child soldiers with criminal gangs, they are fundamentally the same. We do not have to look to failed states to see that children everywhere are vulnerable to lives of violence and crime.

First, in order to understand how children can become soldiers, it is necessary to analyze all of the factors that contribute to forced recruitment into rebel groups. Political instability is an obvious component, specifically in countries relapsing from one conflict into another. Following a tense conflict, weak political institutions at a national level are unable to provide safety nets that are supposed to protect children, such as national education and health services. This is well-exemplified in Somalia, where al-Shaaba has threatened local schools to teach its doctrines or else face mass kidnappings. A lack of economic mobility is also crucial to the recruitment of child soldiers. Without the economic freedom to live their lives how they wish, adolescents are often enticed by the possibility of making a livable wage as non-state soldiers. The Congo is currently suffering from this dilemma, as its economy is virtually destroyed and youth are disillusioned about their prospects in life. As a result, they turn to violence as a means of expressing their grievances. Social constraints are the last vital factor in the recruitment of children and are also the most ambiguous. For example, racial or ethnic discrimination and lack of familial support have greater implications on a child’s everyday life than political or economic issues. In South Sudan, orphaned children are vulnerable targets to recruitment primarily because they lack basic structure and security in their lives.

It is apparent that the African continent has an unfortunate problem with the use of child soldiers. As of 2017, seven out of 14 countries that were reported to use child soldiers were in Africa. However, the aforementioned conditions can also be found in Western countries such as the United States It is evident that common social and economic constraints are not limited to one particular region and can augment vulnerabilities of children around the world.

A valid comparison can be made between child soldiers in failed states and domestic gangs. Both child soldiers and gangs prey on vulnerable children and adolescents. In the United States, gangs provide youth with a sense of belonging, security in dangerous neighborhoods, and personal identity. Poverty and racial discrimination also play significant roles in the recruitment and mobilization of socially disillusioned minors. Namely, the issue of ghettoization—the deterioration of neighborhoods due to poverty—has attributed to the rise of street gangs in Los Angeles in the 60s and 70s. As a result, established gangs such as the Crips and Latin Kings evolved from early neighborhood street clubs to protect against racial discrimination within their communities. Moreover, both founders of the Crips—one of the largest and most violent street gangs in the United States—were teenagers at the time they formed their gang.

The organization of both child soldiers and gangs can be analyzed through the frustration-aggression hypothesis. This hypothesis states that aggression results from the frustration of not being able to realize life goals. Violence from rebel groups fighting in wars or street gangs engaging in illegal activities can be explained as a demonstration of social frustration. Lacking structure and security in their lives, both rebel groups and gangs take matters into their own hands to provide for themselves when institutions fail to provide for them. Essentially, these groups resort to violence to publicly convey their grievances, as they do not have any other alternatives (as opposed to peaceful demonstrations).

As described, both rebel groups and gangs use resistance movements as alternative forms of structure and security for disadvantaged youth, while also enlisting and indoctrinating them to their violent ideologies. In theory, both of these groups are victims of weak institutions and social negligence. However, children soldiers in Africa are often seen as victims of political conflicts whereas gang members are regarded as social degenerates. In practice, the reality is that children soldiers and gang members are one and the same. In order to reduce the violence from both groups, something must be done to provide proper safety nets to disenfranchised youth.

The United States has invested in institutions aimed at youth gang prevention, reforming gang-affiliated youth, and reintegrating them into society, and there are initiatives to minimize the recruitment of child soldiers. However, there is still plenty of work to be done in the international context. When child soldiers go to war for their respective rebel groups, many of them do not return alive. It is evident that children go through experiences of survival that should be met with empathy and compassion. Even more so, it is important to understand that child soldiers are not ruthless barbarians and teenage gang members are not lazy degenerates. As the old adage states, the youth are the future. It stands to reason that we should emphasize the protection of vulnerable children around the world. 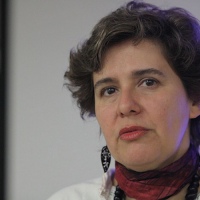