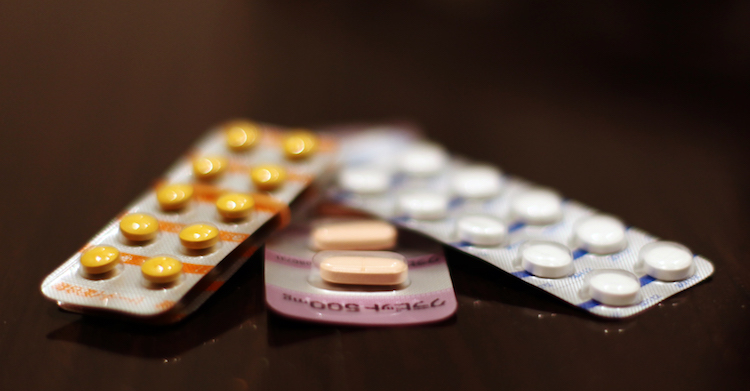 In 1962, Belgium, which had been granted the formerly German colony of Rwanda-Urundi in the Treaty of Versailles, relinquished control of Rwanda. Finally independent, Rwandans elected their new president, a Hutu man named Gregoire Kayibanda. Though no longer under European rule, Rwanda still suffered the effects of German and Belgian realpolitik: When Germany first claimed Rwanda as its colony, it set about concentrating local power in the minority Tutsi ethnic group, which had long enjoyed a peaceful hegemony over the majority group of Hutus. But with the Europeans gone, the tensions between the two groups, exacerbated by Belgian and German meddling, came to a breaking point. With a brutality that presaged the genocide in the mid-1990s, fighting between Hutus and Tutsis erupted sporadically from 1962 to 1973, often resulting in Tutsis either fleeing or being killed. Then, in 1994, Hutu extremists assassinated President Juvenal Habyarimana, who had taken power in 1973 with a vow to end the strife.16 The assassination sparked a premeditated, 100-day genocide that decimated Rwanda’s infrastructure, destroyed its fledgling health care system, and left close to a million Tutsis dead. This history makes it all the more remarkable that today, only a little over 20 years later, the country that most Western powers dismissed and thought would turn into another failed state has become a pioneer in health care and health equity, with 91 percent of its population, as of 2012, with health insurance.

Just after the genocide, Rwanda’s health care system was in desperate straits, with only 198 healthcare professionals in the country to service thousands of people, with rates of HIV — already high before the genocide — rising due to the extremists’ weaponization of rape, and with a paucity of medical training facilities in a largely agricultural population.4 For six years afterward, the government tried to return to the decentralized management of health care that it had used before, but to little benefit. Though in theory the government offered free healthcare to everyone, the underfinanced system’s lack of resources did not provide adequate care. The government tried to support its health centers through high user-fees, yet the ailing system fared no better: In 2001, a survey revealed that only 23 percent of Rwandans used primary care, and infectious diseases, including HIV, were spreading further throughout the population.7

To reverse this slide required forceful, competent government leadership. Rwanda found just that in Paul Kagame, a member of the Rwandan Patriotic Front, a Tutsi-majority political group that had organized in Uganda prior to the genocide and that had invaded Rwanda in an attempt to stanch the carnage in 1994. After a brief stint as vice president, he succeeded President Pasteur Bizimungu after Bizimungu resigned in 2000.4 Soon after his succession came one of Rwanda’s guiding policies for the future, Vision 2020. This document, whose goal is to transform Rwanda into a middle-income country by 2020, is in some ways grounded in the past, even as it looks to the future. Parts of it, such as its focuses on reducing poverty, providing support for all levels — local and national — of health services, and its recognition of health as a factor in economic growth, hearken back to the Declaration of Alma Ata, which was written in 1978 after an international convention sponsored by UNICEF and WHO met in Alma Ata, then part of the Soviet Union.3,15 The Declaration’s goals, among other things, were to promote primary health care, equalize access to health care, and provide support for a bottom-up approach to health care that started with local communities. Since 1978, Rwanda shared the Declaration’s ambitions; yet in 2000, though the country was again ready to implement them, Vision 2020’s mission was hampered by a lack of funds. This meant that widespread food insecurity, along with AIDS and epidemics of other infectious diseases, continued to wreak havoc on Rwandans. In one telling statistic, only 870 of thousands of HIV-positive Rwandans, most of whom were in Kigali, Rwanda’s richest province, received antiretroviral therapy as of December 2002.4,5 If Vision 2020’s ideals were to have even a hint of realization, Rwanda would need far more funding than it had.

Luckily, such an opportunity came in 2002, in the form of The Global Fund to Fight AIDS, Tuberculosis and Malaria, a nonprofit organization dedicated to stopping epidemics of its titular diseases. Paulin Basinga, who works for the Bill and Melinda Gates Foundation, remarked in 2014 that while many countries failed to produce an application for Global Fund, Rwanda was careful not to miss anything — it needed that grant, and the government made sure it would receive it.6 This money was put into a program for voluntary counseling and testing, or VCT, which focused on reducing HIV and AIDS.4 Since then, Rwanda’s efforts to cut rates of HIV have been rewarded: From 2002 to 2015, the prevalence of HIV in Rwanda fell from 4.2 percent to 2.9 percent, following a precipitous drop from 1994’s high of 6.3 percent.9

Global Fund is not the only source of aid for Rwanda — Rwanda has several foreign aid and non-governmental organizations assisting it in its health care goals, yet Rwanda is unique in that it avoids the pitfalls that befall other countries which make use of foreign aid. Basinga noted that there is often a disconnect between the aid coming into a country and the local government’s ability to effectively funnel that aid into its own projects, leading to failure in properly channeling the aid where it is needed. Yet Rwanda’s tight control of its foreign donations and the work of NGOs in the country has reduced inefficiencies in the way foreign help is utilized.6 Indeed, Rwanda’s Ministry of Health is unwavering in its requirement that its partners are financially well-managed, transparent, and accountable, and it declines the aid of any NGOs that refuse to work within Rwanda’s overall plans.5

Another example of Rwanda’s practical use of outside funding is its mutual health insurance schemes, Mutuelles de Santé, which became national policy in 2004.4,18  The goals of Mutuelles are to enable people to receive proper health care by cutting down on financial restrictions, to supplement health facilities’ budgets, and to better the quality of health services.4 Since 2008, Rwandans have been required to have some form of health insurance, with Mutuelles being the largest source of insurance for many. Though all members are technically required to pay annually into Mutuelles, the poorest have their membership subsidized by the government.2

As of 2005, the overall health gains of Rwandans were still unsteady. To address the recurrent problems of high child mortality, untreated illnesses, low life expectancy, and financial barriers to health care, the government formulated the Health Sector Policy and the Health Strategic Plan (2005–2009), which was a reform meant to be “the basis of national health planning and the first point of reference for all actors working in the health sector.” It would also “[set] the health policy objectives, [identify] the priority health interventions for meeting these objectives, [outline] the role of each level in the health system, and [provide] guidelines for improved planning and evaluation of activities in the health sector”.10 To meet its aims, the policy pledged to increase the availability of medications, to enhance the availability of medical professionals, to ensure geographic accessibility to well-maintained hospitals, to augment funding for health services from public sources, to develop better ways to control infectious diseases, and to support communities in forming health care systems.10

In addition to all this, the Health Sector Policy affirmed Rwanda’s support for a decentralized health care system whose focus would be on providing proper health care at the community level.10 Rwanda’s health administration is separated into three tiers, with the top tier responsible for creating national health policies, the second tier comprising 30 administrative districts responsible for their respective district’s hospital and primary care facility, and the third tier composed of primary health care facilities.4 Since the years right before the genocide, Rwanda has maneuvered from a centralized health care system to a decentralized, bottom-up system that holds as its basic unit the community and its primary health care centers. 4,10

To support this vision of decentralization, the Rwandan Ministry of Health launched the National Community Health Policy in 2008, with the desire to provide guidance to communities in reaching international health commitments.12 In part, the policy stresses the importance of community health workers — men and women trained in health topics, who bear responsibility for adapting health standards to the culture and needs of their community. In order to satisfy health objectives, the government’s Community Performance-Based Financing, a program introduced to all 30 districts in 2005, ensures that community health workers and local administrators are paid according to how well their community has met its health targets.12

With most of the Health Sector Strategic Plan’s points met before or on track to be met by 2008, the Rwandan government found itself in need of an updated mission.11 It achieved this through the Health Sector Strategic Plan II, the aim of which was to coordinate health-improvement efforts with the Economic Development and Poverty Reduction Strategy, another government program. The policies’ ultimate purpose was to reach the marks of the Millennium Development Goals, which was a U.N.-led initiative to reduce extreme poverty, combat hunger, improve child mortality rates and maternal health, and fight AIDS and other diseases by 2015.11,20

Though Rwanda was making considerable progress, it was still being hamstrung by an outdated, inefficient way of collecting data: It had up to 450 health collecting data, but the machines used to transmit the information were not connected to the web. As such, everything had to be first placed on a flash drive and then sent monthly to one of the district hospitals. This meant that crucial data that could be used to formulate health policies were being assembled in an agonizingly inefficient and ineffective way. To remedy this, Rwanda’s Ministry of Health partnered with the Integrated Health Systems Strengthening Project, a move that was partly bankrolled by the United States Agency for International Development. In this time, IHSSP trained data managers who would be able to process and analyze incoming data from the new system, which was developed to be user-friendly and focused on the most important data points, among other features. 19

As of 2011, Rwanda had around 45,000 community health workers and a sizeable population of nurses and doctors. Yet the quality of health care still had much to improve upon: Those health care professionals had received either very basic education in health, which was instrumental in cutting down on the rate of infectious disease, or they were general physicians. This left a vacuum in the health care system where specialists were concerned, and the quality of health care suffered for their absence. However, in 2011, the Ministry of Health requested that the Clinton Health Access Initiative, an organization it had worked with in the past, aid the country in creating partnerships with U.S. universities to help train Rwandan medical specialists. Through this plan, named the Human Resources for Health Program, U.S. university faculty members have and will come to Rwanda to train at least 500 physician specialists by 2018.1

Yet despite Rwanda’s admirable gains, there remains much to work on. Rwanda is still a poor country, with 63.2 percent of Rwandans living below the poverty line as of 2011.17 Rwanda’s health programs also face a sustainability problem — Rwanda’s reliance on foreign aid that can be precarious in times of global economic crises has proved worrying.21 In addition, the country needs to make continual progress on its fight against infectious diseases, poverty, financial barriers to health care, and many of its other focuses. But from climbing their way back up from the destruction of a civil war and genocide, Rwandans can enjoy their new vantage point.

One thought on “HOW RWANDA BEAT THE HEALTHCARE CURVE” 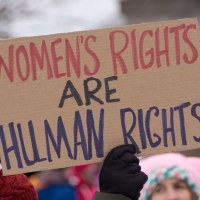