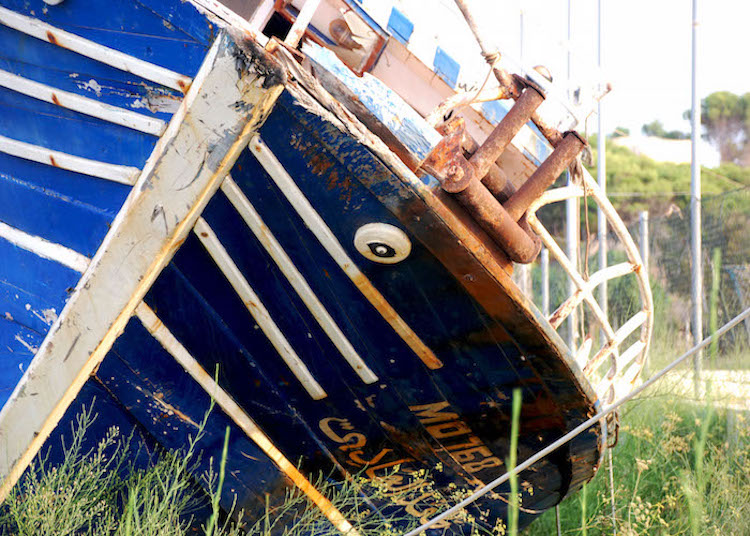 Tragedy struck the Mediterranean shores of Europe just last week as the UN Refugee Agency (UNHCR) reported the sinking of three boats carrying migrants from western Africa attempting to cross into Italy. The boats were in poor shape, unfit to carry the capacity of migrants who had boarded. The migrants were rescued by an Italian Coast Guard vessel, as well as a merchant vessel. However, many of the migrants rescued died immediately of hypothermia. Out of the over three-hundred migrants said to be dead and missing, only nine are believed to have survived. In addition to the three boats, another boat carrying migrants is believed to have gone missing. The recent sinking is reminiscent of the 2013 Lampedusa tragedy, a similar event that inspired the European Union to take action towards the growing issue of irregular migration. After the retirement of the Italian search and rescue operation, Mare Nostrum, the European Union’s external border agency, Frontex, launched Operation Triton. The initiative was meant to support Member States burdened by the influx of migrants by providing a surveillance mechanism. Although Operation Triton has been patrolling European waters since November 2014 and will continue to do so, it has failed to address the issues of irregular migration, making it a point of tension across Member States.

The issue of irregular migration through the Mediterranean has been present as the European Union has sought to consolidate its external borders. However, the issue of migration through the Mediterranean route became a pressing matter after the tragedy at Lampedusa. In October 2013, a fishing boat carrying five hundred migrants began to suffer engine troubles and sink. Attempting to send a distress signal, the passengers lit a blanket on fire, which further caused the boat to sink off of the coast of the island of Lampedusa. Only 155 passengers survived, leaving over 360 others missing or dead. The tragedy struck Italy, with the government declaring a national day of mourning and granting the dead honorary citizenship. It was the tragedy of Lampedusa that resulted in the Italian naval operation Mare Nostrum, an influential search-and-rescue operation. However, Mare Nostrum was not without its criticisms. The operation came at a high price, costing Italy nine million euros a month, a price that some politicians and citizens were unwilling to pay. The anti-immigration Northern League, for example, argued that Mare Nostrum only served as a favor to traffickers. Meanwhile, Maurizio Gasparri, member of the Senate and of the Forza Italia party claimed that Mare Nostrum had become a “taxi service” for migrants.

While Mare Nostrum was a unilateral effort, the Italian government had made it clear that the issue of irregular migration was a more widespread, European problem. In October 2014, the Italian government announced that it would be retiring Mare Nostrum, due to its high costs and lack of support from other Member States. The operation, while costly, had proven a success, having saved over 150,000 lives. Soon after the announcement, the European Union launched Operation Triton. The European Commission was quick to note that Operation Triton would not replace Mare Nostrum, with the Commissioner for Home Affairs, Cecilia Malmström stating that “Triton will not affect the responsibilities of Member States in controlling their part of the EU’s external borders, and their obligations to the search and rescue of people in need.” Instead, Operation Triton would operate under the European external border agency, known as Frontex, and would coordinate alongside Member States. Operation Triton would serve as a body of surveillance, using both aircraft and sea vessels to patrol the Mediterranean. The scope of Operation Triton is limited, considering it is only able to patrol within 30 nautical miles off of the coast of Italy As a result, Operation Triton is unable to reach international waters, where most migrant shipwrecks occur. Upon the discovery of migrant vessels, Frontex notifies the relevant Italian agencies, who processes them through placing them in detention centers, where they can be held up to eighteen months before being deported.

Operation Triton is not only hindered by its limited range, but also by its finite budget. As a European operation, it is dependent on voluntary contributions by Member States. Currently, only eighteen Member States support Operation Triton financially, yielding a budget of approximately 2.9 million euros each month. The lack of resources has prevented the operation from expanding its mandate to include search-and-rescue, much to the dismay of international human rights bodies. While the operation has been criticized for not doing enough, it has also met criticism for doing too much. The United Kingdom had chosen not to support Operation Triton, arguing that initiatives to rescue migrants created an “unintended pull factor”. While the ongoing legacy of Operation Triton is doused in criticism, the European Union has decided to extend Operation Triton to continue through to the end of 2015, while calling on Member States to support the operation by increasing and coordinating search-and-rescue operations.

In 2015 alone, over five-thousand migrants have been rescued, both by Italian authorities and merchant vessels. Trends have only shown a surge in migration, with 276,113 migrants crossing illegally into the European Union, a 155 percent increase from the 107,964 migrants in 2013. The numbers have continued to grow at an alarming pace as instability rocks Libya, Syria, and Somalia. As a result, the profiles of migrants are changing. Simone Moscarelli of the International Organization for Migration noted that half of the migrants arriving into Italy were fleeing from areas of conflict. Furthermore, both Syrians and Eritreans account for the highest percentage of arrivals in the European Union. Due to the ongoing conflict in Syria, nearly 100 percent of Syrian migrants who manage to survive the journey are granted asylum by the European Union. As Libya continues to plunge into chaos, it is clear that internally displaced persons will consider making the perilous journey to Europe. There has also been speculation that other groups may use migration as a tool for terrorism. A new video released by ISIS last weekend emphasized their presence in Libya, signaling that they were just “south of Rome”. The Italian press has published unverified threats claiming that ISIS would send jihadi fighters in migrant boats as a psychological threat against Italy and the rest of the European Union. While the claims still seem to be unfounded, Italy has responded by deploying anti-terrorism personnel to sensitive areas.

Despite the dangers of the Mediterranean, migrants have continued to attempt to cross the sea, hoping to find better opportunities in the safe haven of Europe. The exponential growth of migration to the European Union has continued to provoke urgent responses. In addition to the extension of Operation Triton, the European Union also provided 13.7 million euros to Italy as an expression of solidarity. A statement by First Vice President of the European Commission, Frans Timmermans, complemented the financial contribution by announcing:

“As long as there are wars and hardships in our neighbourhood, people will continue to risk their lives in search of European shores. There is no simple solution to this complex problem, but it is clear that there is no national solution. There is only a European solution. We are working hard to prepare a comprehensive approach in a new European Agenda on Migration to be presented this year. In the meantime, we have heard Italy’s call and are responding in every way we can, and we are ready to respond constructively if Italy identifies the need to step up Operation Triton’s resources.”

Timmerman’s call is controversial, as it is already clear that there are differences between Member States surrounding the proper approach to irregular migration. Yet the urgency needed to address the situation has already been made clear. The European Commission is scheduled to meet on March 4 to debate the issue of migrants. The goal of the meeting is to shape the forthcoming European Agenda of Migration, which will attempt to fight the smuggling of illegal migrants. While it is in the interest of the European Commission to shape migration into a European issue as opposed to a national issue, it will not be without controversy. The Europeanization of external border protection has positive effects, including relieving the burdens on receiving states such as Italy, Malta, and Greece, who have been calling on other Member States for support. At the same time, it will provoke further divisions across Member State governments, who are already facing anti-immigration pressures at home.

As the issue of irregular migration has increased, so has the rise of anti-immigration parties, including the French National Front, the United Kingdom’s Independence Party, and Greece’s Golden Dawn. The calls of these groups have put Member States in a delicate situation. Furthermore, citizens are critical of search-and-rescue operations. A recent survey revealed that one third of Italians believe that the migrants should be left at sea. Member States cooperating with the European Union to tackle irregular migration may go against the wishes of the domestic population, fueling further resentment of the European Union. However, failure to act or support countries already burdened by irregular migration continues to put at risk the lives of migrants attempting their perilous journey into the European Union. While the familiar safety of Mare Nostrum is no longer present, the instability unfolding in migrants’ home countries have continued to push migrants to desperate journeys across the Mediterranean in search of a safe haven. The gravity of the situation was made clear by Pope Francis, who in giving an address to the European Parliament, warned that: “We cannot allow the Mediterranean Sea to become a vast cemetery.” Any further failure to act may begin to stain the Mediterranean a blood red.

One thought on “MARE EUROPAEUM?: THE EUROPEAN UNION AND IRREGULAR MIGRATION”