PROSPECT Journal is collaborating with China Focus, a blog focusing China’s role in the world and U.S.-China relations. As part of this collaboration, PROSPECT will be intermittently publishing articles by the China Focus bloggers. Our journal is excited to bring a wider range of expert analysis of Chinese politics, economics and culture to our readers.

Multilateralism has become the new behavioral response of the international system. Global leaders have joined the nexus to create ‘absolute gains for all’ over the ‘relative gains of a zero-sum game.’ This mode of diplomacy has become the new jargon of international politics- whereby the mantra is that of “all for one and one for all.” The emerging Asian powers- India and China, have taken a proactive multilateral approach to widen their spheres of power and influence. In this marathon for great power status, BRICS has emerged as the new locus for jockeying for power between India and China.

With its first summit in Yekaterinburg-Russia in June 2009, BRICS as an association of the five major emerging economies (Brazil, Russia, India, China and South Africa) has successively surfaced as an alternative for the rising economies against the western-dominated economic order. During the 6th BRICS Summit held in Fortaleza, Brazil from July 15th-16th of this year, the regional forum called for the creation of a $100 billion BRICS New Development Bank (NDB) and a BRICS Contingent Reserve Arrangement (CRA) – an emergency reserve fund of over $100 billion. This is a tremendous step in reshaping the western-controlled international financial system, currently dominated by the International Monetary Fund and the World Bank. The BRICS bank aims to provide funding for infrastructure projects in developing countries with its headquarters in Shanghai and is to be headed by India. The Contingent Reserve will act as an emergency economic cushion for the BRICS countries when met with a financial debacle.

In this configuration of the NDB, where China gets the headquarters and India gets the command, the question that needs immediate deliberation is who takes the lead in this initiative? While India gets the first presidency of the bank for a term of six years, followed by Brazil and Russia for the successive terms of five years each, China is left with technically no command for almost two decades. This unparalleled hierarchy creates discord in the organization’s power politics. The NDB was likely designed this way in a deliberated attempt by the second-tier BRICS countries to keep China’s ambitions at bay.

With this change in BRICS power dynamics, the competition between India and China is taking a new form. This new level of complexity is the result of parallel aspirations of these two rising Asian giants. Although India will lead the initial shaping of the BRICS economic pillars in its role as head of the BRICS bank, it is likely to be more challenging for India to prove its mettle in the presence of China as the world’s second largest economy. China has already set several norms in global politics, where as India is just now emerging as a geopolitical trendsetter. There are wider concerns that an ambitious and powerful China might try to maneuver the norms of the NDB to expand its own political and economic clout. Thus, the NDB could be called the new “game of thrones” between India and China. India and China are the biggest beneficiaries of this development project as both are the largest rapidly emerging economies, and both are embroiled in high-stakes games to ascend through the international order.

Though India has been a pioneer in other regional networks such as NAM (Non-Aligned Movement) and SAARC (South Asian Association of Regional Cooperation), BRICS offers a new kind of multilateral dynamic for India. Although India holds a commanding position, it must still take a pragmatic approach. BRICS provides India and China an equitable platform; however, the power disparity between them remains a big challenge. In this vein, the new BRICS framework with the NDB adds an unknown dimension to India-China relations. The full impact of BRICS will only be visible in time. However, based on their parallel ambitions to gain power and influence on the global stage, with certainty, BRICS is the new platform of power projection between India and China.

Image by Blog do Planalto 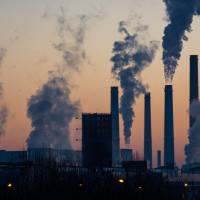