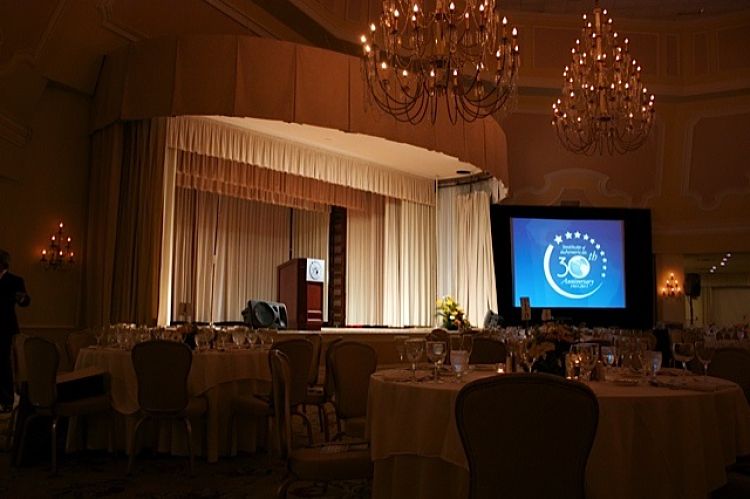 Both of us got the chance to attend the Institute of the America’s 30th birthday and the award ceremony recognizing former President Felipe Calderon of Mexico for his work and leadership. The celebration took place on November 18, 2013 at the stunning Hotel Del Coronado. The speakers and attendance list included former President of the University of California and former Chancellor of UC San Diego, Richard Atkinson, Ambassador Theodore Gildred, Ambassador Charles Shapiro, and U.S. Congressman Scott Peters, who represents the 52nd district in San Diego County. For entertainment during dinner, the Grupo de Danza Yoneme de la Preparatoria Federal Lazaro Cardenas both danced and performed folk music.

The Institute of the Americas: An Introduction and Brief History

The IOA is an inter-Americas organization that serves as a forum for improving cooperation between the private and public sectors in order to improve the well-being of everyone in the Western Hemisphere. The Institute focuses on energy, technology and climate change. To make progress within these fields, the organization hosts workshops, establishes working groups and funds community programs, while also working on solving political and economic problems.

The IOA was established in 1983 by Ambassador Theodore Gildred and Chancellor Atkinson. At the time, Gildred (not yet Ambassador Gildred) was involved with Torrey Pines Bank and the Gildred Foundation, and Atkinson was the chancellor of UC San Diego. They had a vision of an organization, modeled after the Hoover Institution at Stanford University, that would serve as an environment for collaboration in the Western Hemisphere. The location in San Diego made sense. Just 30 miles from the United States-Mexico border, the IOA could serve as the exchange point between Canada, the United States and the rest of Latin America via Mexico. Since 1983, the IOA has grown to become one of the most influential voices in Latin American affairs.

In the course of its 30-year history, the Institute has worked with various international and academic organizations, including the Brookings Institution, the World Bank, the Inter-American Bank and the Andean Development Corporation. The efforts of the IOA have drawn the attention of many countries, resulting in visits from various heads of states, including President Ricardo Lagos of Chile, President Álvaro Uribe of Colombia and President Carlos Menem of Argentina. The Institute’s efforts extend to youth outreach: in the summer, it hosts a science and innovation camp for high school students in Latin American countries. This gives students the opportunity to experience cutting edge work while collaborating with other Latin American students. The IOA also holds workshops for reporters and editors to advance the cause of free press and journalism. Recently, the IOA established the China-Americas program with the Institute of Latin American Studies at the Chinese Academy of Social Sciences to hold meetings and conferences to facilitate mutual endeavors in areas of technology, energy, government and business.

The event’s opening included some brief remarks from Representative Scott Peters. Rep. Peters talked about the importance of the IOA’s work and the need for further efforts to strengthen the relations between countries in the Western Hemisphere, specifically between Mexico and the United States. He spoke of the need to improve economic ties by cooperating on trade, manufacturing and finance. When he said that Congress should pass immigration reform, the audience enthusiastically gave its approval. Representative Peters said it was time for the United States to do its part in its relationship with Mexico, including the completion of the San Ysidro border point of entry renovation.

The huge volume of economic activity that occurs between San Diego and Tijuana has earned the region the title of the “Cali Baja Bi-National Mega-Region.” This area has a population of 6.5 million people that produces $205 billion GDP annually. Companies typically have their manufacturing and production facilities in Tijuana and their administrative, business and service centers in San Diego. This utilizes each country’s comparative advantages. However, many obstacles prevent this area from fulfilling its economic potential, including the lack of effective immigration reform and guest worker programs.

Another obstacle is the inefficiency of the San Ysidro border point. This border crossing is one of the busiest in the world. On average, more than 136,000 cars, 6,200 trucks and 340,000 people cross the border each day. However, waiting times can be long as four hours long. It is estimated that long waiting times cost the region $2 billion to $2.5 billion annually. There is urgent need to fix these problems. While Mexico has done its part to upgrade its side of the border facilities, completing many of the upgrades during President Calderon’s administration, both sides of the crossing require more work.

Award for Leadership in the Americas

The remarks made by Representative Peters were followed by a presentation of the “Award for Leadership in the Americas.” This award is given to outgoing heads of state in the Americas that have displayed outstanding leadership during their tenure. In its 30-year history, the IOA has only given out the award to 15 heads of state. President Felipe Calderon was given the award for:

…fighting for security and the construction of a country based on the rule of law; positioning Mexico as a global leader; fighting the threat of climate change; putting in place the most ambitious infrastructure program in Mexican history, which raised the annual investment in roads, ports, airports, energy facilities, and other from three percent to five percent of GDP a year; pushing for structural reforms to modernize the Mexican economy in key areas like public pension, tax and energy; and championing the transition to universal health-care.

Upon receiving the award, President Calderon dedicated it to “the efforts of the Mexican people to make our country stronger, more prosperous, free and sovereign.” He spoke of various obstacles his administration faced in the six years of his tenure: the H1N1 virus, the global economic recession and the “increase in criminal violence.” However, the former president chose to speak mostly of his efforts to invest in the Mexican economy and to fight against the global credit crunch that followed the collapse of the American housing market.

The biggest challenge of his administration was fighting the global recession. His government intervened when global companies in Mexico fired hundreds of thousands of workers. He negotiated the cancellations of those pink slips by insisting that companies allow the employees to stay and that the workers take a pay cut. This result would be better than workers losing their jobs and companies losing their investment in their workers. In situations in which companies could not keep their workers, the government promised to pay for the difference.

Fighting off the global recession required more action than just saving jobs. It required the government and the public to invest in the future. In this vein, President Calderon talked about the increase in infrastructure spending, one of the biggest expenditures in Mexican history. During his tenure, the investment produced more than 100 bridges and thousands of miles of new tunnels and roads. He proudly displayed the Baluarte Bicentenario Bridge as a shining example of his infrastructure push. He stated that the bridge was the highest cable-stayed bridge in the world with “more than 400 meters between the bridge and the river.”

In order for the Mexican economy to emerge stronger from the crisis, it had to run more efficiently. To achieve that, President Calderon worked to reform the energy sector. He spoke about the energy reform that the current Mexican president Enrique Pena Nieto recently passed, but noted that his administration started the entire process of reforming the energy sector. “The reform (referring to his administration’s reforms) allows Mexico’s Oil Company (PEMEX) to receive private investments from foreign companies.” These energy reforms were slow to be implemented because he chose to pursue low-hanging fruit first. He referred to this reform as a “first down” approach, rather than a “touchdown” strategy. Mexico’s energy industry was slowly reformed instead of being revolutionized overnight, which set the stage for current President Pena Nieto to propose such sweeping reforms now. Former President Calderon also worried that too much change in the energy sector in such a short time could actually hurt the overall economy.

President Calderon’s efforts to fight energy inefficiency extended to the closure of the energy company “Luz y Fuerza del Centro.” In his speech, he illustrated the problems between the union and the company which made the life for the consumer slow and miserable. The company and its union struggled to resolve various disagreements ranging from wages to company processes. One of the practices that the company refused to change was its reliance on paper. Despite the obvious benefits of switching to digital record-keeping, internal politics halted progress on this front. The stalemate meant that the Mexican consumer suffered from poor service and higher prices. Using executive authority, Calderon shut down the company. He did admit that people lost jobs as a result, but he stood steadfast in his belief that the move helped more people than it hurt.

His administration continued and improved upon the reforms started by his predecessors. He spoke of the Popular Insurance which was implemented by the government of Vicente Fox. Mexico, though less wealthy than the United States, beat it in providing health care coverage to all citizens and did so at a lower cost. He stated that “there are now doctors, treatments and medicines for every Mexican who so needs it.”

Other areas of improvement included social programs. These social support programs included the now defunct “Oportunidades” and a temporary unemployment program that paid two minimum salaries to those who cleaned archaeological and tourist sites.

The fruits of his labor were obvious. The Mexican economy grew at an average rate of 4.5 percent during his last three and a half years in office. The total debt increased to 32 percent of GDP — compared to a U.S. debt-to-GDP ratio of 85 percent and an average in OECD countries of 65 percent. He said inflation was at its lowest level in history and that Mexico moved from being the ninth-largest vehicle exporter when he took office to the fourth-largest, passing Spain, the United Kingdom and the United States. Mexico now accounts for more than 60 percent of the total manufactured exports in Latin America and the Caribbean region.

Calderón shared his recipe for presidential success: “courage and ambition.” The next Mexican leaders need to make the “right choices and ensure a bright future.” In conclusion, he stated that “to serve Mexico in such difficult moments has been for me a double honor and a singular privilege I will never be able to thank enough.” To finish the speech he congratulated the Institute of the Americas and the people behind its work, restating the claim made by ambassador Theodore Gildred moments before: that the Institute of the Americas has reached its goal of being a “bridge of understanding” between these two countries and its people.

Prospect Journal of International Affairs would like to thank the Institute of the Americas, particularly Sherry White and Lynne Walker, for giving us the opportunity to cover the Institute’s 30th Anniversary celebration and its presentation of the Award for Leadership in the Americas to His Excellency, President Felipe Calderon Hinojosa.

One thought on “CELEBRATING CALDERON AND THE INSTITUTE OF THE AMERICAS” 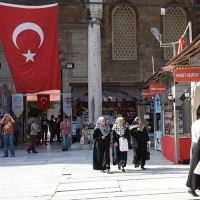 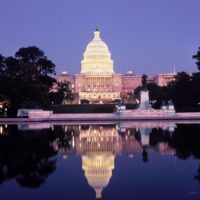