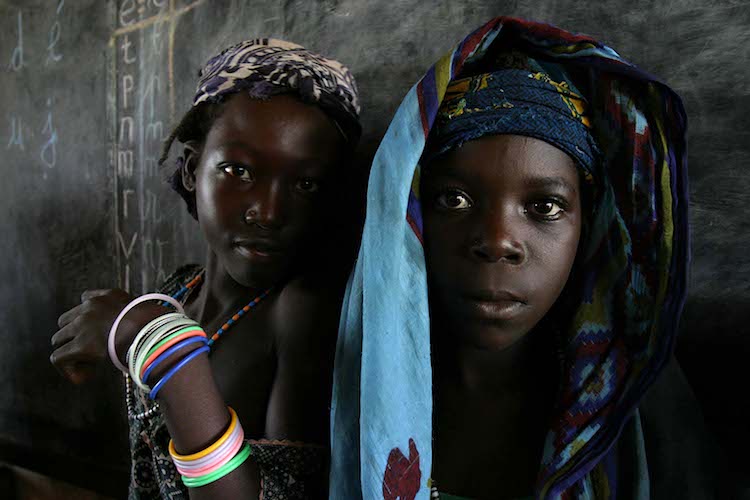 There is no doubt that the present circumstances in the Central African Republic are dire. Over the last year, the nation has descended deeper and deeper into chaos; it is now on the brink of complete political and economic collapse. What began as a politically motivated coup for greater inclusion and government representation has turned into an all-out ethnoreligious conflict.

Here’s some background: After the disintegration of peace talks last March, the predominantly Muslim rebel coalition known as the Seleka seized control of the capital and ousted President Francois Bozize from office. He was replaced by Michel Djotodia, one of the leaders of the coalition. Under the Seleka’s control, the already conflicted country spiraled further into bedlam. Their governance, referred to by some as a “reign of terror”, was repressive, rampant with killing, kidnapping, looting and corruption. While their leadership was problematic for Central African society as a whole, the country’s Christians—who make up 50% of the population—were particularly affected, becoming the primary objects of the Seleka’s aggression.

Not surprisingly, this targeting of Christians cultivated widely shared grievances among the Christian community. By the time Djotodia left office and the Seleka’s power was weakened nine months later, strong views against the Seleka had already begun to harden into general anti-Muslim sentiment, with many Christians projecting blame and responsibility for the coalition’s abuses on the Muslim minority as a whole. This presumed relationship between the Seleka and the Muslim population as a whole have been used by the Christian militias (known as the anti-balaka) to legitimize their violent actions toward Muslim civilians. This has led to the full-fledged sectarian violence that currently plagues the country.

Today, tens of thousands of Muslims have fled the C.A.R., seeking refuge from the anti-balaka in neighboring countries such as Chad and Cameroon; 1.3 million of the nation’s 4.6 million inhabitants are in need of food aid as agricultural production and livestock trade have been disrupted; civilians—Muslims and Christians—continue to be subject to extreme violence, mainly in the hands of the militias of the other. Very recently, interim president Catherine Samba-Panza has requested that French troops extend their presence in the country until 2015 while other leaders in the region have suggested the need for a stronger international presence, citing that French and Misca (African Union) troops are not enough to keep either of the militias at bay. There seems to be no end to the conflict in sight.

As the situation in the Central African Republic escalates, so too has the talk of it being a possible genocide. From France, to various news sources, to the UN Special Advisor for the Prevention of Genocide, it seems that there has been haste to presume its possibility. This is perhaps out of fear (and shame) that the international community will once again fail to act, as it did two decades ago in Rwanda. Suggesting genocide has certainly kept the Central African Republic in the public consciousness, but there are also complications that come with it.

Although the inclination to call the conflict in the Central African Republic a genocide is understandable (there are certainly elements that could be affiliated with genocide), it wouldn’t be entirely accurate (at least for now). While the parameters of what constitutes genocide are hotly debated, the general consensus is that it is “the deliberate and systematic destruction, in whole or in part, of an ethnic, racial, religious, or national group”. This definition suggests an intent to destroy and eradicate the group, which may not necessarily be the case here. One could reasonably argue that neither Christian nor Muslim groups are acting on the desire to solely destroy the other. Instead, their actions can be viewed as rational pre-emptive measures to protect themselves and their communities, given the negative experiences that both sides have faced under various political regimes.

Further complicating matters is the fact that neither side is blameless. In the case of genocide, the logical move would be to disarm those who are inciting the attacks and to protect those who are on their receiving end. But the circumstances in the C.A.R. are not so black and white. Both Christians and Muslims have taken up arms, fighting alongside militias; both groups have at least some culpability for inflicting the violence from which all of the country is reeling. One side cannot simply be deemed the perpetrator and the other, the victim. Such a simple dichotomization of “good” versus “bad” fails to account for the fact that both groups have wronged one another. Conflict resolutions based on theories of genocide, then, would be insufficient to stop the fighting.

It should also be mentioned that even if the situation were black and white, resolving the conflict would still be extremely difficult. If one decided to label the Christian anti-balaka as the perpetrators, one would face the issue of determining the extent of the many leaders’ roles in inciting discord. This same problem would arise if one chose to place blame on the Muslim Seleka.

All of these variables should be considered before labeling the conflict in the C.A.R. as genocide. While the circumstances in the country are definitely egregious, hastily (and potentially mistakenly) identifying the conflict as genocide could further exacerbate rather than ameliorate the tensions. But the point is this: genocide or not, what is happening in the Central African Republic is important. For every day that the conflict continues, thousands—Muslims and Christians alike—are being displaced from their homes, separated from their families and killed. This in itself is cause for concern. But if that’s not enough, one needs only to think of the conflict’s implications for the region’s stability, which, if tested, could lead to some serious international problems.