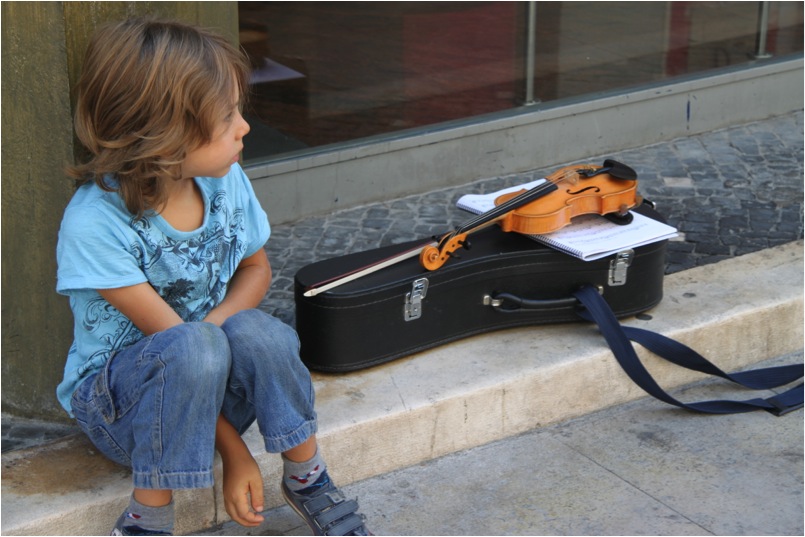 While Spain and Portugal seem to be two European countries in deep economic trouble, it takes a second glance to notice that anything is awry. Spain has an unemployment rate equal to that of Great Depression era United States (over 50 percent of the working class under 25 are unemployed), and yet the nightlife still flourishes while the number of homelessness in Madrid—or any part of the Iberian Penninusla for that matter—is equal to Los Angeles. The culture of these Mediterranean countries provides an incredible support system for those out of work, making it common for the younger generation to live with their parents and grandparents. Sometimes entire families survive off the earnings from the social security of one individual in the household. Taking a closer look, however, the economic crisis is still incredibly present in the lives of everyday Spaniards and Portuguese.

In the fall of 2013, the basureros, or garbage men, of Spain went on strike. After the Spanish government privatized the trash system, private companies in control of Madrid’s waste disposal proceeded to fire almost 50 percent of the basureros and halve the pay of the remaining workers. While the strike lasted more than two weeks, trash built up to the point that this scene, taken on the corner of one of Madrid’s main streets, was a common sight.

During the basurero strike, the streets never got cleaner than this. The woman in this photograph wearing mourning clothes, holds a sign imploring pedestrians to help her feed her family. Walking through the streets, I was constantly shocked by the number of men and women who constantly asked me for spare change in a paper cup. As the economic crisis worsens, people who once had steady incomes and nice houses are suddenly found on the street without any other venues, confused as to how they got there.

This homeless man, who I met on a bus outside of Lisbon, Portugal, wandered through the city playing his guitar for money. He was completely blind, but told me people were always wiling to help him. Arriving in Madrid, I initially thought there was a more widespread blind community, but was later told there was just better infrastructure to encourage them to get jobs and leave their homes on a daily basis.

Street performers like this man from Coimbra, Portugal are an incredibly common sight. Performing on the street is a basic way to make a living, with almost every instrument from the accordion to the cello. Additionally, the red words behind him, which translate to “your voice” in Portuguese, were a part of a large system of anti-capitalism graffiti all over the walls of the city.

This little boy, from the small city of Evora, Portugal, played the violin on the street with his father. While street performers are a common sight, this little boy stood out due to his young age. As he took a break, his father walked through the crowd asking listeners to drop tips into a hat.

This woman often sat along Gran Via, one of the main shopping streets of Madrid. You could pet and take pictures with her pig in exchange for a few coins in the wood container. Interestingly enough, things like this were common, and I saw several homeless people using pigs and other animals to entertain passersby for money.

This sign was taped to a building in Barcelona, which was previously a residential complex and was in the process of being turned into rental homes for tourists. Seasonal tourism is a problem for those living in Mediterranean beachside communities. Tourists come in by droves during the high seasons, taking away any sense of traditional culture and leaving these community economically deprived during the low seasons.

I found this while wandering the backstreets of Madrid late one afternoon. It translates roughly to, “I’m still looking for work,” a phrase that completely captures the economic trouble that faces young Spaniards. Jobs are so rare that many university graduates are willing to take work that pays incredibly low wages or nothing at all. For many, the ability to get a job depends mainly on whom you know. Despite the appearance that all is well in Spain and Portugal, there is still a sense of despair that seeps into daily conversations with many people about family and future.

One thought on “MAKING ENDS MEET IN SPAIN AND PORTUGAL”