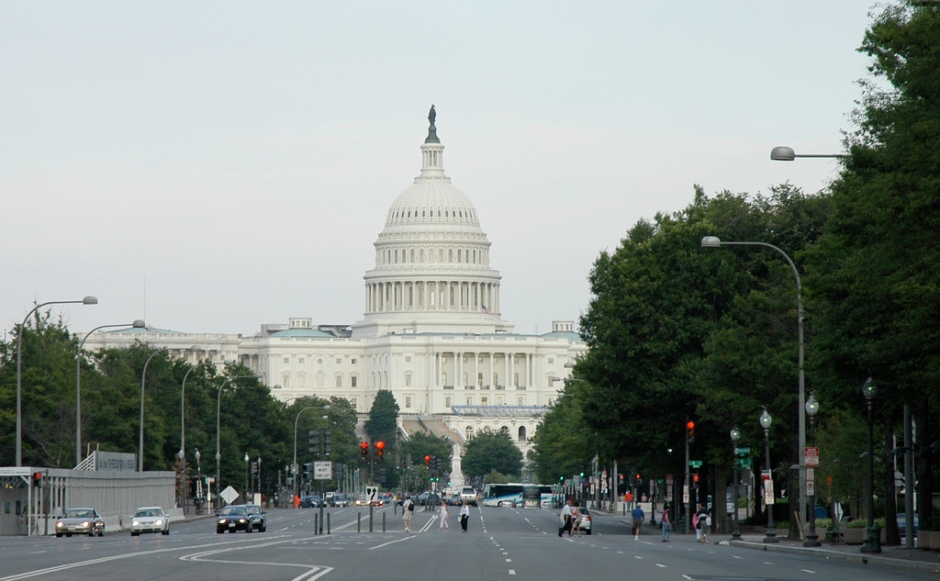 In the United States, 4.6 million households, or about four percent of American homes, are worth more than $1 million. In contrast, more than half of all U.S. Congresspeople are millionaires.

Is that bad for American democracy? Not necessarily. Nothing about millionaires makes them inherently unsuited for representing a broad socioeconomic range of citizens or makes them more likely to make policies that favor themselves and their friends. The architect of crucial programs helping those impoverished by the Great Depression, Franklin Roosevelt, was worth about $60 million. Lyndon Johnson, who declared the War on Poverty, was worth nearly $100 million. JFK was almost a billionaire, for crying out loud! So long as politicians make policies aimed at improving the whole nation, it seems, their personal wealth shouldn’t matter.

But the fact is that wealth does play a role in policy. More specifically, politicians’ economic backgrounds have a significant impact on how they legislate. Legislators that come from white-collar backgrounds are significantly more likely to vote for measures supporting business interests than legislators from working-class backgrounds. Even holding constant factors like party, race, gender and make-up of their constituencies, wealthy legislators are more likely to make and support policies that benefit the wealthy. [1]

This is not just academic theoretical abstraction. This has had huge impacts on actual policies. Political scientist Nicholas Carnes found that, had Congress been representative of the U.S. population in 2001, the Bush tax cuts probably wouldn’t have passed. In reality, of course, Congress was not representative and the American people got slapped with a tax policy that fueled income inequality, chiefly benefited the wealthy and is now politically infeasible to reverse. In short, this stuff matters.

If we admit that the wealthy are not great proxies for the rest of the United States, what then? Re-reading the 24th Amendment might produce some ideas. While that amendment chiefly aimed to eliminate racial discrimination in elections, it did so by removing economic barriers—i.e., poll taxes—meant to keep a certain group disenfranchised and voiceless. The same idea can be applied to the other side of the voter-representative relationship. What if, just as the economic barriers keeping poor voters from voting were outlawed, the economic barriers keeping poor candidates from campaigning for office were eliminated? Perhaps reforming campaign finance laws to even the campaign playing field could begin to make the U.S. government more representative of the population it is meant to serve.

Obviously, there’s been a lot of ink spilled on the role money plays in campaigns, especially after the Citizens United Supreme Court decision deemed limits on political spending by corporations and other large groups unconstitutional. Much of this ink has been used on laws mandating limits on how much individuals, PACs, unions and other organizations can spend on campaigns. These laws try to ensure that the wealth of a candidate’s political friends do not determine her success in an election, however, they do nothing to limit the effect a candidate’s own economic status has on her success. In fact, there are generally no limits on what a candidate can spend out of her own pocket during a campaign. That can potentially have a huge effect on campaigns. Suppose Warren Buffet ran against a public school teacher for a senate seat, and both candidates received the same amount of outside contributions. Assuming (safely, I believe) that money plays a significant role in an election, Buffet would have a gargantuan, if not insurmountable, advantage simply because he has more money than his opponent. Is that fair?

Here’s another thought experiment: A U.S. representative from a working-class background (political party is irrelevant here) introduces a bill that would cap a candidate’s personal expenditures at $5,000 for her own campaign. First, this bill would have to pass through the House, in which millionaires hold a majority. Then it would need to pass the Senate, in which millionaires hold a supermajority. Next, President Obama, another millionaire, would have to sign it. If that bill does pass and become law, litigation would probably ensue. Considering the importance of this law, a suit challenging its constitutionality would almost certainly reach the Supreme Court, where it would run into a 5-4 millionaire majority.

Of course, I’m not actually advocating such a strict limit on candidate expenditures in elections. Insofar as money is a form of speech, such a law would, based on current case law (e.g., Citizens United), probably be ruled unconstitutional. But I still think the thought experiment illustrates my point. U.S. history and current election law has produced a system in which wealth wins. Admitting that economic status makes a difference in governance goes against a core tenet of U.S. democracy—that someone that doesn’t look, live, talk, or think like you can still effectively and fairly represent you—but the fact is that members of a tiny socioeconomic subset of the population currently control the government and, if they choose to, could run the country in such a way that benefits their small minority, even at the expense of the vast majority.