When Xi Jinping became China’s most powerful leader last year, one of the first items on his agenda was a crackdown on corruption within the Communist Party. Calling corruption a serious threat to the Party’s very existence, Xi vowed that neither powerful “tigers” nor lowly “flies” would be exempt from scrutiny. But while the crackdown certainly scored some notable victories, one has to wonder whether or not the movement is going far enough.

Corruption is a serious issue in China. Every day, new allegations appear on Sina Weibo, China’s version of Twitter. A few months ago, a video surfaced apparently depicting several Shanghai Supreme Court judges soliciting the services of prostitutes in an up-scale hotel. More recently, online muckrakers discovered that an urban management official owned 21 houses in the southern metropolis of Guangzhou. The list goes on and on. Naturally, such revelations of unscrupulous behavior draw backlash from the public.

Since Xi’s inauguration, the Central Commission for Discipline Inspection, the party’s corruption watchdog, has investigated a number of high-level officials. In May, the deputy director of China’s top economic planning body was dismissed from his post and expelled from the Communist Party for taking bribes. In September, state media reported that Jiang Jiemin, the official overseeing China’s powerful state-owned enterprises, was under investigation for “disciplinary violations”—Party speak for corruption. The latter case is significant in that it is the first to involve a full member of the Communist Party’s Central Committee.

But perhaps the most telling indicator of the anti-corruption drive’s tenacity is the investigation of Zhou Yongkang, one of the country’s most powerful politicians in the last decade. As a member of the all-powerful Politburo Standing Committee during the administration of Hu Jintao, Zhou oversaw China’s domestic security and law enforcement institutions. Zhou’s case marks the first time since the end of the Cultural Revolution in 1976 that a member of the Politburo Standing Committee, sitting or retired, has been investigated for corruption.

Xi’s efforts to tackle corruption certainly deserve some praise. However, if he intends to put a serious dent in corrupt activities, a more comprehensive approach is needed. The current approach emphasizes high-profile investigations of a minority of Party members. This approach is a mere stopgap measure that only temporarily appeases the public. It does nothing to address corruption in the long run.

An alternative approach is to require asset declarations by public officials, something that isn’t mandatory in China but has had success in places like South Korea and the Philippines. According to a study by the Organization for Economic Cooperation and Development, mandatory asset declarations increase transparency and trust of citizens in public administration, prevent conflicts of interest and monitor wealth variations of officials to dissuade them from misconduct. Of course, such action carries risks of igniting further public outrage. But in a country with such high levels of corruption, such outrage could be worth bearing. 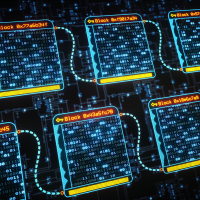 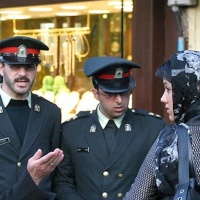