I suppose that room would have to be a mausoleum. Nevertheless, amid all the talking-head chatter, publicized speculation sums to all of three talking points: “The Republicans are out of touch with the public’s economic desires!”, “Republicans are at war with groups X, Y and Z!” and “Republicans have NO leadership!”; I say, “Who cares?” Cable news conjecturing tends to be awash with weakhanded, qualitative arguments. To that end, I extend their analysis a hearty—or half-hearty—“Meh.” Understand that I deeply despise postulation that is without two things: numbers and consequences.

Nonetheless, I agree with the pundits that say the Democrats have supplanted the Republican dynasty. The numbers say it all. In fact they say a little more than we are comfortable hearing—the Republican Party is screaming, “Help! I’ve fallen and I can’t get up!” But the cruel reality persists: Christie and Jindal are hardly Life Alert bracelets.

In its place, a political order altogether different will rise. No doubt, there is a generational shift occurring and political entities—left and right—are virtually powerless to alter its course.

Indeed, any random sample from the buffet of statistics concerning dismal Republican registration portends a fundamental political realignment. In some respects, it potentially threatens the established order of American politics. Just the fact that 60 percent of voters under age 30 voted Democrat should inspire the Grand Old Party to check into a hospice.

Oh wait, they already have! Consider the fact their voting base primarily composes itself of demographics either dying or shrinking: 65+ year-olds and white males. Maybe Nixon—if his icy soul still graced our political landscape—could revive the GOP using his occultish demeanor to reanimate a zombie army of the Groaning Majority. (Your ability to bellow “Brains!” re-enfranchises you, right?)

However, the cold, hard numbers—numbers colder and harder than Nixon himself—diagnose the chances of a Republican resuscitation as slim to none. Indeed, the Millenial Generation votes Democrat at a rate of two to one. All else equal, in 20 years roughly sixty percent of Millenials will cast ballots in favor of Democrats while more than sixty percent of current 65+ year-olds will be dead.

What does this mean? Unless the Republican Party can reverse this trend in the next ten years, their metaphorical AARP subscription expires. The party will stagnate ad infinitum, regressing to shadows of powerlessness. I think people, short of GOP hacks, can agree that this is the most likely outcome.

So what kind of future does this bode? America faces an either/or situation. Either the growing libertarian faction takes over the Republican name, or the social issue division between Republicans and Libertarians causes a stark, legitimatized split between the two camps.

The former scenario seems to foreshadow a better future. Indeed, should there be a split fortified by distinct, equally powerful Libertarian and Republican parties, Democrats will have a near-monopoly on federal policy. You do not want this.

I understand the arguments behind Republicans being the “Party of No”; but having one party always saying “yes” is infinitely worse. Indeed this imminent, de facto political monopoly would invite the tyranny of the majority to write the eulogy to a period of relative political balance. 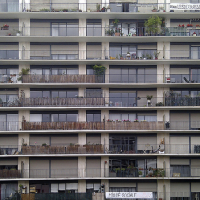 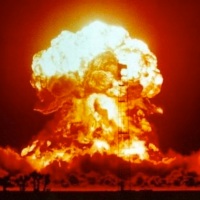