The week started with the shocking and unexpected terrorist attacks at the Boston marathon. Five days later the FBI has released images of two suspects.

As usual, drones have made regular appearances in the news. Human rights groups continue to raise issues over the manner in these new weapons are being used.

The New Zealand Parliament has legalized same sex marriage, news that was met with singing in the houses of government.

On a similar note, the Republic of Ireland took a smaller step towards legalizing same sex marriage, as a constitutional convention recommended that a referendum be held on the issue.

The 2013 Pulitzer Prize winners were revealed.

The Associated Press Coverage of Syria received recognition as well.

On a more local note, the upcoming few days mark the second weekend of the Coachella Music and Arts festival, which will play host to headliners such as Blur, Phoenix, and The Red Hot Chili Peppers. 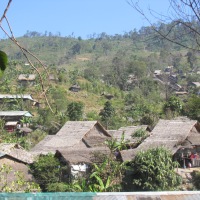