The consumption of products, goods and services has the potential to lead to devastating moral and ethical consequences. As consumers, the money that one invests in goods has the potential to fund the exploitation and dehumanization of human beings around the world. The devastating consequences of a consumer’s investments place the consumer in a position of responsibility. This sense of responsibility can manifest itself through an investment in products that work to strengthen developing countries – an advantage that Fair Trade products offer. In its mission statement, Fair Trade pledges to “seek to empower family farmers and workers around the world while enriching the lives of those struggling in poverty.” Through this statement, Fair Trade recognizes the privilege of some over others and pledges to use this privilege wisely in helping consumers make ethically sound decisions in their spending. Fair trade offers consumers the choice to make ethical purchases that make a positive impact on the world, rather than contributing to exploitation.

In his 2012 New York Times article “Death by Gadget,” journalist Nicholas Kristof uses the term “blood phones” to describe the unethical means by which big electronic institutions — such as Apple — attain the manufacturing products for their sleek electronics. Apple traces its production materials to the Congo where Kristof states: “Warlords finance their predations in part through the sale of mineral ore containing tantalum, tungsten, tin and gold.” The war in Congo is utterly barbaric; women are raped, children mutilated and hundreds killed. According to the International Rescue Committee, an estimated 5,400,000 people have died from war-related causes in Congo since 1998, making the conflict the world’s deadliest documented conflict since World War II. Apple posted its first quarter revenue at a record-breaking $46.33 billion, a clear marker of its popularity. At the same time, the consumers of Apple products who contribute to this large amount also contribute to a simultaneous suffering of innocent civilians.

A consumer’s direct investment in the exploitation of poor, disadvantaged people is best evidenced through the exploitation of women and children in sweatshops. American corporations that partake in labor abuse and exploitative measures include: Forever 21, Levi Strauss, Guess and the GAP. The International Labour Organization’s Statistical Information and Monitoring Program on Child Labor recently estimated that 211 million children, or 18 percent of children aged 5-14 are economically active worldwide. 60 percent of these working children live in Asia, and 23 percent live in sub-Saharan Africa. Furthermore, researchers have found that transnational corporations look to find the cheapest and most vulnerable workers, such as young women in poor countries like China, India, Bangladesh, Vietnam and others where women work for up to fourteen hours a day and are highly underpaid. Investing in companies that profit from the unfair utilization of labor inevitably contributes to the cycle of exploitation and unfair labor practices.

Fair trade presents a sustainable and ethical solution for the ethical consumer. “The basic premise of fair trade has remained unchanged since its earliest days: farm workers receive a “fair-trade premium” for their product, and they invest this additional income in community development. Certifying organizations inspect farms to ensure that labor and environmental standards are met. Consumers have to only look for a “Fair Trade” label to know that they are purchasing a product made without exploitation.” Furthermore, the following principles drafted by Fair Trade deem it to be an ethical means of consumption: market access for marginalized producers, sustainable and equitable trading relationships, capacity building and empowerment and consumer awareness and advocacy.

UCSD is working to further Fair Trade Practices on campus since 2009. The UC San Diego Fair Trade University Policy includes the policy that in “every self-operated campus foodservice operation location where the following products are sold or served, these products must be 100 percent Fair Trade Certified.” These products include coffee, tea and sugar. UCSD’s implementation of Fair Trade Practices enables students to begin the process of ethical and socially conscious consumption. 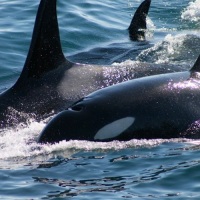