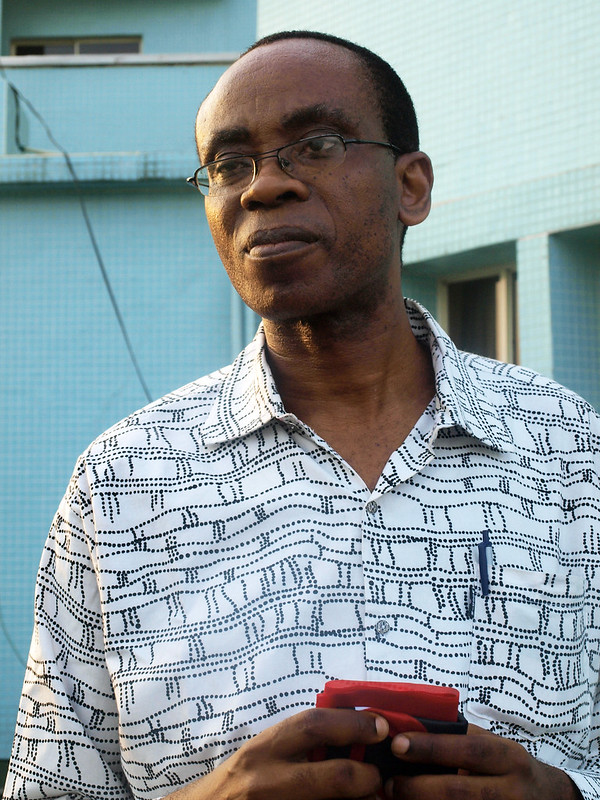 On April 2, Clinton Global Initiative University commitment makers and a panel of professionals gathered at the University of California San Diego to discuss a plenary session titled “Scarcity and Crisis: Food, Water, and Energy, as a Right and a Conflict Driver.”

Julia Häusermann, an international human rights lawyer and founder of Rights and Humanity, mediated the event and introduced the accomplished panel: Nnimmo Bassey, chair of Friends of the Earth International; Joshua Newton, a Ph.D candidate at Tufts University’s Fletcher School of Law and Diplomacy and consultant for the UNESCO and the Organization of American States; and Jamie Statter, the senior commitment associate for issues pertaining to energy and environment at the Clinton Global Initiative.

The panel addressed how the human rights discourse can be helpful in addressing crises and how food, water, and energy scarcities are interrelated and drive conflict. Each of the speakers also shared some of the strategies that they have pursued in addressing these conflicts that were proven to be successful.

Nnimmo Bassey, who works on environmental justice issues in Nigeria, spoke about his work in building global movements by connecting local communities in places such as Latin America, Southeast Asia and Europe. He suggested that the solution to food, water and energy crises will take place on a community level and that such solutions require recovering sovereignty for people in terms of food, water and energy.

Jamie Statter highlighted that the solutions to these crises occur at the human level. She informed the audience that major global issues such as the transition from a dirty energy economy to a cleaner one serve to create opportunities for clean water and food for people around the world and result in local solutions. Statter also highlighted the importance of addressing the core issues of dependency on energy and the continual degradation of the environment in pursuit of energy.

Joshua Newton explained that it is difficult for climate change discourse to trickle down to the local level and described several success stories of grassroots movements that work up from the local level to the global level.

Prospect sat down with Nnimmo Bassey after the plenary session to hear about his work on environmental justice in Nigeria and discuss his thoughts on ways to address food, water, and energy crises.

PROSPECT: What is the security situation like in the Niger Delta?

BASSEY: [It is] a bit better than it was a year ago, but [it is] a place you still have to be careful about when you go. The levels of violence have reduced, but it is still insecure. To me, the biggest violence is not the violence that comes from the barrel of the gun, but the violence from environmental pollution because it is killing people, and that has not stopped.

PROSPECT: Some activists have understood the environment as a place where we live, work, and play. What does environmental justice mean to you and why?

BASSEY: Environmental justice simply means that we have to recognize the right of nature, the rights of people who live in dignity within the environment. This means that the environment must support their livelihoods and their everyday experiences, and that the essence of nature must be recognized not just as a commodity to be commercialized, but as life itself. Nature is life, and we are part of nature. So environmental justice is also a means of standing against destructive forces, forces of exploitation, forces that deny the rights of the people to enjoy the benefits of what the natural environment.

PROSPECT: What are your thoughts regarding the Shell company saying that most of the environmental destruction comes from people siphoning oil.

BASSEY: It is not true. When it comes to crude oil theft, the oil companies are the last to be transparent. There have been some audits from sectors in Nigeria, and we hear from government officials that a company like Shell would never agree to reveal how much oil they are actually pumping from the wells. They talk about people stealing crude oil. If we know how much is being extracted and how much is being exported, then we can know how much is being lost. But they will not give information on what is extracted so we cannot really say what is lost. We see the pollution. It is not like there are people stealing pockets of crude oil, but there are big crude oil thieves within industry connections, political connections—and that is what we should be talking about.

PROSPECT: In some of your work you try to link local communities that largely face similar issues such as oil drilling by companies like Shell. What are the difficulties in linking communities with such different cultures yet similar struggles?

BASSEY: Getting people [together] from vast distances is problematic, but the beauty of it is that people don not learn about other peoples’ contexts and cultures until they meet face to face, and so cultural exchanges are very vital in breaking down barriers that are erected amongst people by distance and national policies. For movement [and] building people have to be face to face, to march together, to share the pains together, to see things for themselves, and they [then] learn that something happening to someone far away in the world can happen to them.

PROSPECT: Human rights activists have been able to make some advancement in reducing the role that the diamond trade plays in conflict areas with the Kimberly Agreement. Do you think that it is possible or even feasible for activists and communities in oil rich areas like Southern Sudan or Equatorial Guinea to seek a similar agreement against companies that show little corporate responsibility in ensuring environmental safety and sustainability?

BASSEY: There is no way oil extraction can ensure environmental safety or can be sustainable: the entire oil industry and oil process is violent and does not support anything that is peaceful. These days we have less and less accessible oil. Companies are drilling further into deeper waters, going to very fragile ecosystems where they ought not to drill, going to nature reserves. It is clear these are things that are against natural conventions, laws, interests of the people. I do not really see how oil can be seen as sustainable or how it can be compensated or how we can compensate people for the environmental destruction because revenue that oil brings is not enough to restore the environment that oil destroys.

PROSPECT: In your talk, you spoke about the need to trace where food, water, and energy crises start to global economic policies. How can we be critical of systemic economic policies and address such policies while remaining realistic about our ability to impact them?

BASSEY: Well I think that to look at things realistically, if we must ensure the survival of mankind, the survival of the planet, we have to rethink that paradigm of development that we are currently following, which means we have to interrogate the capitalist mode of development, reduction and consumption, because these are the root causes of the crisis we are having. We cannot keep thinking about the same paradigm if we want to serve the earth.

PROSPECT: How can we address the root causes of water, energy, and food crises when most activists do not actively interrogate the role of capitalism in the continuous exploitation of environments and lives?

BASSEY: I think that a lot of the activists are working on the rights-based platform, and if you are campaigning and working to ensure the rights of the people for the access to these resources, rights of land, you can look at the systemic causes of the problems. You cannot just tackle the symptoms and hope that you are going to solve the problem. That is something that needs to be interrogated, and I believe that a lot of people are doing that, but whether or not you can translate that into policy, that is where the challenge is: that is where we need to challenge our work.