Economic powerhouse, Communist, one-party political system, oppressive against human rights… These are just a few phrases that describe modern-day China. While the country is striving to gain more economic power by adapting a more market-driven and capitalistic economic policy, it is also taking a completely opposite path politically by quelling the voices of dissident citizens.

John Garnaut, China correspondent at Australia’s Sydney Morning Herald, spoke at UCSD about the uneven balance between political power, physical violence and money in China in his public lecture,“Is China Becoming a Mafia State?” During his talk, he described the new “power elite capitalism” phenomenon in China, in which the powerful elites use ultra-leftist methods to appropriate assets through gang violence and share them among themselves in an ultra-rightist way once they have got them. He also argues that the more those officials tightly grip their power, the more they will be motivated to hold onto gang power to keep their wealth.

Even though the high level of corruption among government officials and the abuse of state power through what Garnaut calls the “world’s biggest and most sophisticated security apparatus” are prevalent in China, Garnaut remains optimistic about the future of the country, which is a key player in world affairs. Powerful arguments for less restriction on civil rights have materialized as a growing civil rights consciousness among ordinary citizens emerges in Chinese society. Garnaut sat down with PROSPECT to further explain his views on modern Chinese politics.

PROSPECT: Has the Communist Party in China been gaining more support or criticism from its people during the past decades?

GARNAUT: Now, compared to the situation a few years ago, there is substantially more tension and criticism against the government in China.

PROSPECT: How do the Chinese government’s methods of handling human rights issues weaken or strengthen the legitimacy of the Communist Party of China (CPC)?

GARNAUT: The popularity of the broad definition of human rights, as justice and equality of opportunity that are both inalienable and universal, has underlined the Chinese public perception of class division and discontent with various social problems.

PROSPECT: Jailing Liu Xiabo, the intellectual and the Nobel Peace Prize recipient, has brought a lot of criticism to the CPC around the globe. Do you think China is going to heed the world opinion?

GARNAUT: At the moment there is no sign of listening to the West. In fact, the Communist Party uses the criticism from the West to attack the Western countries, arguing that they don’t respect the sovereignty of other nations including their criminal justice systems. China has defined itself against Western values and pursued its own ways.

PROSPECT: In the past few months, we have observed many democratic movements happening around the world including the ones in Egypt, Tunisia and Libya. How do you think the leaders of China are going to respond to such a threatening pattern for their authoritarian rule? Is it possible that they are going to rule differently with less oppressing policies?

GARNAUT: As a matter of fact, they have responded. There have been many incidents of propaganda to downplay the significance of such movements. Rather than pursuing a legitimate reform movement by the government, China has increased its police security and its propaganda policy to deter Chinese activists from talking about organizing protests similar to those in Egypt, Tunisia and Libya. Hu Jin-Tao has called a meeting that seems to be targeting directly China’s own revolutionary movement after the democratic movement in Egypt became alarming. They are treating this as a very serious political issue. At the moment there is no sign of change, escalating the tension as the society gets better informed and holds high aspirations. As the tension grows, it becomes clear that something has to change.

PROSPECT: Is there any possibility that a massive political protest similar to the Tiananmen Square incident 20 years ago is going to happen in China?

GARNAUT: It may be physically impossible due to China’s tightly united military. The Chinese government spends a lot of effort on uniting people politically. However, there is currently a lot of stress on the system. And times of stress are the times of change. Different groups of leaders in China are responding to social and political pressure in a way that may be a clear split in the Chinese leadership. Therefore, there is no obvious reason why there wouldn’t be such a protest in the future.

PROSPECT: How much leverage does China have over its neighboring countries in Asia Pacific?

GARNAUT: China has a lot of leverage over some small states, such as Burma in particular. It also has significant leverage over a number of bordering countries including Nepal and North Korea. However, in order not to incite criticism and provocation with its relations, China has to be very delicate in dealing with these Asian countries.

PROSPECT: How does China balance between being Communist and capitalist at the same time?

GARNAUT: On the whole, it is doing a remarkable job considering its economy and politics are going in different directions. But, they do have significant tension between two different political and economic systems: a Leninist political system and a market-oriented economic system. The main issue is the sudden influx of a huge amount of money and the subsequent corruption problems. These issues were the main issues that underlined social tensions in 1989 and are threatening the social stability in China now.

PROSPECT: As China is moving towards a more marketized and capitalistic economy, in what direction is its political or ideological stand moving?

GARNAUT: My personal view is that it will eventually travel into a more liberal direction because it’s what Chinese people expect. With the Chinese economic power rising all the time, pressure on the state to move in a more liberal direction has become significant. Powerful revival of the leftist movement in China also adds complications and uncertainty into its future politics. 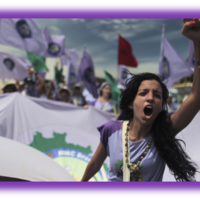 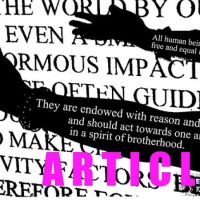