My name is Christian Gutierrez, and I am a migrant. I have not lived on one side or the other of the Mexican-American border, but on both. Having lived in San Ysidro, San Diego, Riverside and Tijuana. I am a 3rd generation US citizen by naturalization, but first generation by birth. However I am not simply American, nor am I Mexican, I am other.

I have lived in Tijuana most of my life, it is the home my parents, and mine by choice. I live in Tijuana, and commute to both school and work.There one does not simply live by the border, it represents and shapes the daily lives of the millions here in the Tijuana/San Diego border. Immigration issues and policy are crucial to living in this region, and its consequences have harsh and life changing repercussions.

Immigration policy has severely scarred the Tijuana landscape particularly since 1994 with the implementation of “Operation Gatekeeper” set in place by the Clinton administration. Growing up in the region one becomes accustomed to stories about life before the infamous “tortilla fence”, the concrete second fence, and the overall militarization of the border. As a child, crossing the border was a minor nuisance, border time was merely a 30 minute delay, and stating your citizenship was good enough to cross the border. Obviously, much has changed, and after the events of September 11th the border was never the same. In the immediate aftermath of 9/11 border crossing was chaotic and delays ranged from 4-6 hours. It later settled down, but it has never returned to its pre 9/11, conditions. Unfortunately I can not honestly state that the border is exponentially safer, despite the millions in investment, and its high level of monitoring and inspection. It simply created a shift in the local paradigm of what the border had become, and how it continued to evolve.

A brief history of the last decades in Mexico will provide much needed context to the issue of immigration. The 1980s, also known as “La Decada Perdida” (the Lost Decade) was terrible for the Mexican economy which suffered a collapse in banking and other institutions. This fomented an economic shift by the early 1990s with its culmination being considered the North American Free Trade Agreement (NAFTA). The implementation of NAFTA after the economic meltdown of the Mexican economy was intended to “shock” the economy back to life with the influx of capital that trade would generate while creating jobs, and making Mexican companies competitive. It is true that Mexico still maintained tight regulations on many sectors such as the oil industry which kept PEMEX (Petroleos Mexicanos) in place, despite the companies widespread corruption, and inefficiency. PEMEX is the state owned oil company that provides Mexico with a large portion of its tax revenue.

Some of these facts might seem unrelated, but are vital, and highly interconnected in order to understand life near the border. NAFTA was highly unpopular on both sides, but became a reality none the less. It is often demonized as the root of many evils in Mexico. These were clearly exaggerations, but no greater an exaggeration than the promises made by the advocates for, and against this treaty. Advocates made claims that immigration would almost cease because of US investment and job creation in Mexico would provide a similar standard of living in a few decades. This was obviously absurd, however just as absurd as the fears that Mexico would drain all the capital from the United States with its cheap labor and faulty institutions.

The very vocal xenophobia expressed by some in the United States during the 1990s, and now is not new. Yet it very peculiar when one inspects its cyclical history. Immigration is a volatile and long term issue when looking at the history of the United States and all that seems to change is whom it is aimed towards. Whether the United States was being threatened by the Chinese invasion, the Irish poor, the Italian corrupt, or now by the Mexican illegals with their drugs, crime and diseases (swine flu scare). The slogans have always been the same, “Stop the Invasion”, “Keep our Jobs”, “Save our Country” and above all “God Bless America”. This rhetoric does not go unnoticed by immigrants, and it is a clear message that they not welcomed by many in this country. However, they are subject to mixed signals. While the US domestically can be seen by immigrants as highly xenophobic, the United States also exports a very different image of itself.

The United States is not only a country, but a brand. It is a brand which it has made for itself by proclamations that it is the land of opportunity, liberty and freedom. These are thought provoking ideals, however there is a more proliferate medium through which the United States has branded itself, and it is “mass media”. Through films, television, music and particularly advertising, the United States has publicized an image of itself that is directly designed and intended to both entice and appeal. Its exports an image of wealth, affluence, and instant gratification that creates a sense of “relative deprivation” almost worldwide. It is the disparity between the means populations have against those offered by their surroundings, while being compared to their beliefs, and expectations of the United States that greatly fuel immigration.

This branding is very visible all across Tijuana. Taking a quick tour through our new US styled shopping centers flourishing with well known companies such as Wal-Mart, Starbucks, Sears, McDonalds, Applebee’s, Liverpool and more. Its streets are littered with billboards for products that advertise a lifestyle clearly not within the population’s reach. Tijuana is bi-national, even if most of its population is legally limited to Mexico. The life in the city revolves around what we call “el otro lado” (the other side) which is the United States. It creates a sense of otherness, that in Tijuana is clearly marked by the International Border. It is this line that scars the landscape while enunciating the line between those who have, and those who have not. Therefore immigration becomes an implicit occurrence of the design set in place by these institutional measures. Therefore it should be seen not only as inevitable but as natural.

Migration is not purely due to incentives, despite the fact that minimum wage is $54.80 pesos a day in Tijuana ($4.37 USD). In actuality pay tends to be somewhat higher, but it still provides a very indecent wage. There clearly is an economic intensive in working across the border which is why thousands, like myself, reside in Mexico while working in the United States. Many of which are US citizens themselves, but do not desire to live on “the other side” because with a very modest salary in the US a person can live much more comfortably in Tijuana. This is despite the many issues brought forth by organized crime cartels which has drastically altered the lifestyle of every Tijuana resident.

Security along the border has been a very resounding issue since the Mexican government followed the US reactionary model of tackling issues. This is regarding the Mexican war on drugs. This allowed the continues militarization of the US border to receive less attention when compared with the militarization of Tijuana streets by the Mexican Armed Forces. This reactionary war has an unsustainable model unless its social and economic root causes are tackled. This war has now fueled the current wave of anti-immigration rhetoric that cries out to the U.S. Federal Government demanding it act with what would essentially be “War on Illegal-Immigration”. There has been no overt claim to such a cry, however policy has moved forward. This being clearly exemplified by the deportation rates this year, the highest year on record deporting 393,289 deportees in (FY) 2009 according to the Department of Home Land Security’s yearly report.

This is perplexing when one considers that between the United States and Mexico business, capital, and products can cross freely, but not labor. In Tijuana, up to recent law adaptations, the dollar had been widely accepted alongside Mexican currency because much of it is used to purchase US goods anyway. For many residents of Tijuana this disparity in policy between goods, products, and labor can be perceived as a lack of political will, due to stagnating public opinion and its unwillingness support to embrace the full liberalization of markets set forth by the United States. Currently the United States enjoys the fact that it has domestic (illegal) cheap labor for agriculture, it has manufacturing intensive cheap labor abroad, and freedom to move capital, products and profit almost as it sees fit. This is also part of the root cause immigration, not a lack of fences or poverty stricken invading Mexican immigrants. Of course, such vast proximity to the United States also has consequences south of the border.

Tijuana is a border town, a city that grew out of geopolitical reasons from a few hundred people at the beginning of the 20th century to over 2 million by the 21st century. It is a city of immigrants and this maybe why it suffers from both sides of this “immigration paradox”. Having personally witnessed many Tijuana residents making very similar claims about incoming immigrants, claims that are strikingly similar to those made across the border in the United States about their own immigrants. These migrants which are for the most part one and the same, suffer at the grasp of both societies. This is meant to motivate self reflexion on what claims are made in general about immigration on both sides. This can also be witnessed at the national level in Mexico. Mexico has a very poor human rights record when considering its southern borders with Central American States. This creates a weak moral argument when Mexican authorities denounce the cruelty suffered by thousands of immigrants in the Arizona dessert or in their treatment by border agents and some civilians.

This is not arguing for or against the liberalization and globalization of markets. It is simply stating that in our case, and in our time, they are a matter of fact. We must adapt to this new social landscape and consequences. We must adapt quicker in order to avoid much suffering for both the immigrants crossing through Mexico to the United States as well as Mexico’s own migrants. This is intended to motivate self-reflexion on treatment of migrants both sides of all borders, not just Mexican nationals bound for the United States. It is here where Tijuana is reflected as a microcosm of both sentiments. This is reflected when Tijuana demands open-mindedness and understanding from abroad, while preserving many unjustified and bigoted beliefs about Tijuana non-natives. A thought provoking claim in and of itself, considering that 43.6% of Baja California residents are recent immigrants themselves.

This piece was featured in Prospect Connect on October 18, 2010.

One thought on “EL OTRO LADO: THE OTHER SIDE” 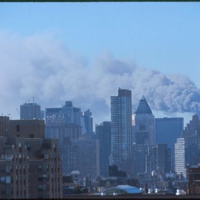